1991 Alfa Romeo 164L. The car starts runs drives and stops. Car was a barn find and had been sitting for about a year due to a broken strut when I bought it. I replaced the strut and when I test drove it the oil pressure looked to be zero by the dash gauge after the car warmed up. I installed an oil pressure gauge on the block...the dash gauge sender is reading low when hot....per the gauge on the block it does have good oil pressure.when hot. This is a common problem on these cars but having a gauge on the engine block proves there is oil pressure no matter what the dash gauge says. The engine has 100K on it....sounds decent....a little clicky like it might be time for a valve adjustment but it's not real bad.
The car starts drives and stops. It does not over heat, radiator fan does come on when hot like it is supposed to. The heater works, the cabin fan works but I dont think the AC works and I have not looked into it. The PO said he had the stepper motors replaced and believe he did cause the shop accessed them via the glove box and removed some of it to gain access however when I tried the AC it did not seem to blow cold to me but I may have something set wrong...the dash buttons are many for the climate control LOL and I really didnt dig too far into it.The power seats adjust and the power windows work but the power locks do not,work, might just be the fuse I didnt look into it. The front seats bottom need the seams restiched...the leather is not torn...the thread just let loose. The sun roof works. The radio works as does the multidisk CD player.
The body over all is in decent shape but it has a few small dents here and there. Those are clouds you see on the hood...the paint is shiney except for the roof where the clear has peeled. The roof can be easily painted as there are trim strips along each side so you dont have to paint anything but the roof to fix it. The passenger side front door handle is broke but I have a new one for it. Some rust is visible when you open the rear doors on the rear arches, its covered by the rear door, it is not visible with the door closed. The roof has typical clear coat peel. The car is being sold as a driver/fixer upper not a show car or as a really good parts car if you already have one. I would recommend trailering it home due to the tires not being what I would call long haul tires LOL but if you feel brave and lucky and are fairly close to zip 43106...you could try and drive it home. But personally I'd trailer it...get it home and go over everything. I inspected the serphentine belt and it needs replaced....the timing belt looks to have been changed but again if it were me not knowing when it was done....Id replace that too but thats me....it might go another 30K-50K but its piece of mind knowing its been done. If you wrench its not too bad to do.
It has the factory speedline wheels...the tires are old..but hold air. It could use a new set of tires.
IMO the car is worth more in parts than what Im asking for it. With new tires it should be a good driver. The POwner said he used it as a daily driver until the strut broke. He said he had just had the brakes done and had a new fuel pump installed. The distributor cap, rotor and plug wires look to have been replaced also
The car comes with factory binders and books as well and the original spare tire and the factory tool kit which looks to be pretty complete and the factory jack.
If you have any questions please ask before you buy the car. And please do not bid if you dont plan to follow through with the sale. Ebay fees are outragious and once you bid Im on the hook for fees that are hard to get reversed...so please be sure you want the car before you bid. The car is well worth the price...the wheels, engine and tranny if you bought them separate would cost more than what Im asking for it. I have too many projects to get to this one right away and I would like someone to get this and do something with it. You can call me, text me or leave VMail at 937-.768-0588. Thanks for looking.....
Please note: I had to list it as a 1980 because Ebays stupid system does not like the vin. Rest assured the car in fact a 1991 and the VIN is: ZAREA43L5M618S686. I have a clear title in hand that verifys this information. 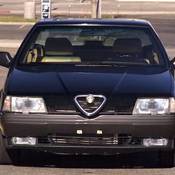 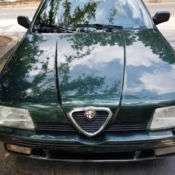 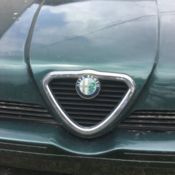 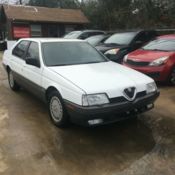 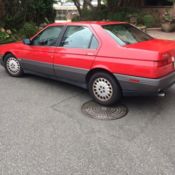 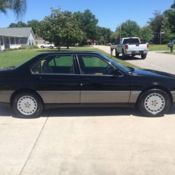 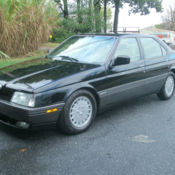 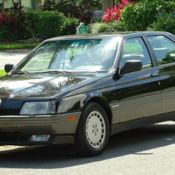 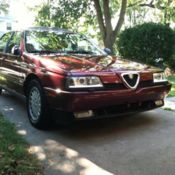 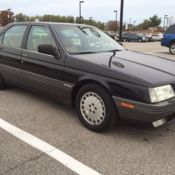