1960 Willys Maverick Special Wagonâ€¢ Only 2,566 Maverick Specials produced in 1960â€¢ Produced for television show â€œMaverick,â€ starring James Garnerâ€¢ Willys (Kaiser) sponsored the showâ€¢ 134 CID Hurricane four-cylinder engine (code F4) â€¢ Column shift Borg-Warner three-speed manual transmission (code T-96) and Dana 23 rear axleâ€¢ One-piece windshield and tailgate glassâ€¢ Fountain Green Metallic with Foam Green trim and extra chrome side arrowsâ€¢ Two-tone green interior with full-size spare tireâ€¢ Rear carpet rather than wooden stripsâ€¢ 104.5-inch wheelbase If you want to own a piece of rolling TV history, this 1960 Willys Maverick Special Wagon might interest you. What show was it on? As its model name suggests, this vehicle was made for â€œMaverick,â€ starring James Garner and only 2,566 of these Mavericks were made in 1960. They were the first mass-market all-steel station wagons designed and built as a passenger vehicle. This one is finished in Fountain Green Metallic with Seafoam Green trim along with extra chrome side arrows. The paint and trim are in overall excellent shape, the bodywork is straight and solid. There are sliding glass panes on both sides and it boasts a one-piece windshield and tailgate glass. It has an extremely tidy engine bay, a very clean cargo area, including a full-sized (205/75R15) spare tire. The arced front and wraparound chrome bumpers shine brightly.Coker Classic wide whitewall tires, size 205/75R15, are mounted on steel wheels topped by factory wheel covers. The Willys covers are in excellent order while the tires are in very good order. Under the hood is Willysâ€™ 134 CID Hurricane four-cylinder engine (code F4), backed by a column shift Borg-Warner three-speed manual transmission (code T-96) and a Dana 23 rear axle. Inside, the two-tone green vinyl seats look great and ready for a trip. Thereâ€™s a split front bench with two separate benches in the rear to mitigate any â€œheâ€™s (sheâ€™s) on my sideâ€ arguments. While thereâ€™s no front carpet but there is carpeting in the rear. A two-spoke steering wheel faces the driver. The green metal dashboard sports full instrumentation and there are two-tone inner door liners that echo the rest of the interiorâ€™s theme.The Jeep Wagon was the first Willys product with independent front suspension. Barney Roos, Willysâ€™ chief engineer, developed a system based on a transverse seven-leaf spring. The system, called â€œPlanadyneâ€ by Willys, was similar in concept to the â€œplanarâ€ suspension Roos had developed for Studebaker in the mid-1930s. In 1958, the Maverick model was introduced, a more luxurious version of the two-wheel drive wagon. It could be had only with the four-cylinder engine. The main upgrades were in the introduction of two-tone paint with matching interior in two tones and the standard AM radio. It was distinguished by its extra stainless steel trim ring under the windows. The Maverick name came from the TV series of the same name, of which Willys was a sponsor, a comedy-western created by Roy Huggins and featured James Garner, Jack Kelly, Roger Moore and Robert Colbert.Competition to this Willys in 1960 included Chevroletâ€™s Suburban, International Harvesterâ€™s Travelall and Jeepâ€™s Wagoneer. If youâ€™re a James Garner fan, someone who enjoys classic comedy-westerns or who just wants something eclectic to your collection, you should stop by MotoeXotica Classic Cars today to look this one over.VIN: 5814714891This wagon is currently located at our facility in St. Louis, Missouri. Current mileage on the odometer shows 589 miles. It is sold as is, where is, on a clean and clear, mileage exempt title. GET OUT AND DRIVE!!!â€¨Note: Please see full terms and conditions listed below that pertain to the purchase of any said vehicle, thank you. 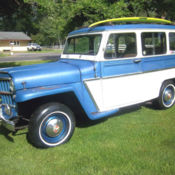 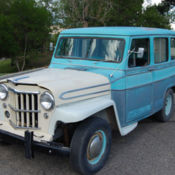 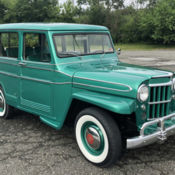 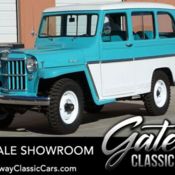 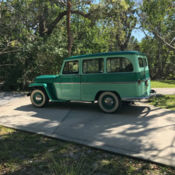 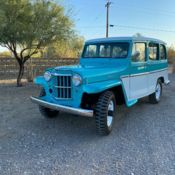 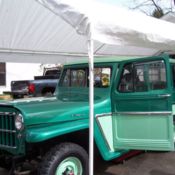 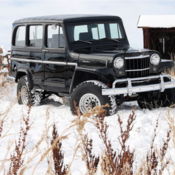 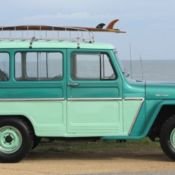 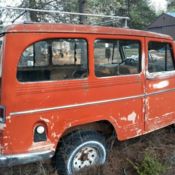