For your consideration a nice condition and very rare Willys m170 USMC radio truck.This is very similar to the more common M170 ambulance but instead of outfitted with stretchers, Was used to carry radio gear. This is a particularly rare bird because it is a later production model from 1963 ....basically almost 6 years later than standard production of the m170 was stopped
I don't know much about the history of this vehicle in the service but there are a few sources online where one could study about them and the rarity of it.This particular unit is in nice shape and has been mildly restored from an original unrusted example.
The body has a few small patches in it but no major areas have rotted out. They usually rotted out toolboxes are all in pretty nice condition as well as the very rare original gas tank.I have included some pictures of the hat channels under the driver side and passenger side so you can clearly see that they're slightly damaged, but nothing major. The truck has a good running engine new brake system overall. new tires also. will need minor work to be perfect but overall it's a good driver.
Don't miss out on this opportunity to own a military jeep that is great for parades and reenactments. this is a very rare model you don't often se, and is sure to be a nice addition to any proper jeep collection!
thanks and good luck ..sold as is with clear title please message me with questions 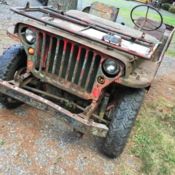 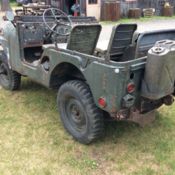 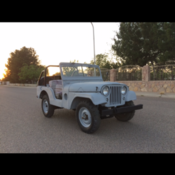 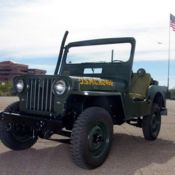 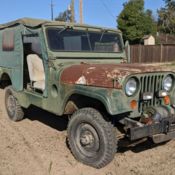 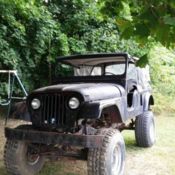 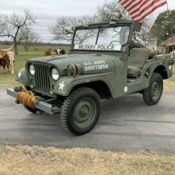 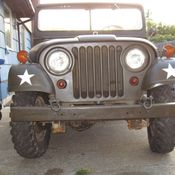 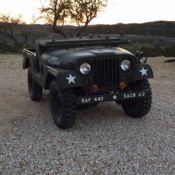 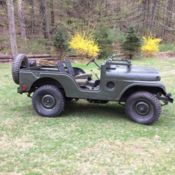