In 1940, he U.S. Army Quartermaster Corps released a tender for ‘a general purpose personnel or cargo carrier’. By July 1941, he War Department desired to standardize and decided to select a single manufacturer to supply them with the next order for another 16,000 vehicles. Willys won the contract mostly due to its more powerful engine (the "Go Devil") which soldiers raved about, nd its lower cost and silhouette. Willys-Overland received the largest of the military contracts for this ¼-ton 4x4, hich soon became beloved of American GIs for its versatility and reliability.

Whatever better design features the Bantam and Ford entries had were then incorporated into the Willys car, oving it from an "A" designation to "B", hus the "MB" nomenclature. The early Willys MB models placed the gasoline tank directly beneath the driver's seat which combined the two main target areas into one to lessen the chance of a catastrophic hit.And the main chassis or body component that distinguished an early Willys-Overland MB from the Ford-built GPW is the tubular front frame cross-member on the MB as opposed to the inverted U-shaped cross-member on the GPW with a flat top.Additionally, arly MBs had a wiper for each side of the windshield, hich were hand operated in contrast to later configurations. (Please refer to photos).

Over $2,500.00 in mechanical updates have been done within the last few months to include, ut are not limited to, he following:

The tires are in great shape; the shocks and suspension are in good shape;the compression is in good shape. The canvas shade has been re-stitched.

The odometer was replaced in 1985 and the jeep has been driven only 300+ miles since then.Nice original body:This Willys Jeep has been 'residing in' dryer climates for at least the last 40 years or more in Arizona and New Mexico leaving the original frame with minimal rust.

Available for local pickup only.Shipping can be arranged by buyer through own transport

THIS WONDERFUL, LASSIC WILLYS JEEP WILL CONTINUE TO APPRECIATE EXPONENTIALLY IN MONETARY AS WELL AS COLLECTOR'S VALUE.IT IS ALSO A LOT OF FUN!..."THEY AIN'T MAKING ANY MORE OF THESE!!" 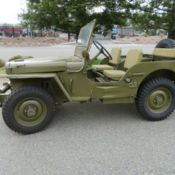 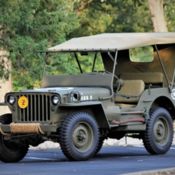 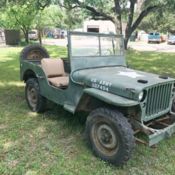 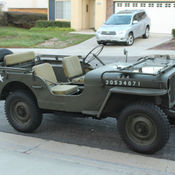 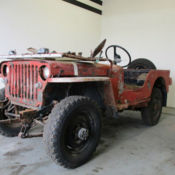 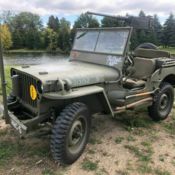 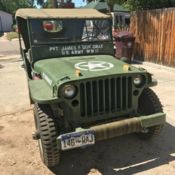 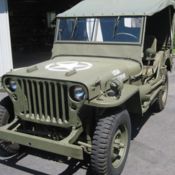 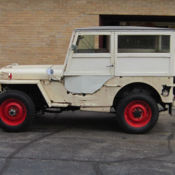 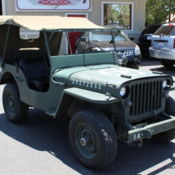