We just lowered the starting price and have no reserve as we are highly motivated to sell at this time. We purchased this Westy Weekender in 2008. We would say that it is well maintained and in better than fair condition for a 30 year old vehicle. It has most of the original features and is verycomfortablefor weekend camping trips. The top opens easily and both full beds fold out and close easily. The insulated body stays warm even on cold nights and the studded snow tires for winter use mean that you never get stuck in the ice or snow. We have kept this vehicle garaged for much of the time we have owned it. Though the odometer reads greater than 180,000 miles (believed to be actual miles on the vehicle), he title has no odometer reading and lists exempt. The "new" to us engine was sold to us by another enthusiasts and he said it had < 100,000 miles on it and was always run with synthetic oil. He said that it worked perfect, ever leaked (still doesn't). We would really rather keep this vehicle, ut need to sell to fund some of our other projects. This could be a fun vehicle for someone lucky enough to buy it!! I drove it to work yesterday and received numerous calls from people that saw it parked with the for sale sign. I told them to watch the eBay auction, ut to check back with me if it is still unsold after the auction runs out. Happy bidding! PS. if interested in shipping costs, hough your responsibility these would be about $700 from Indiana to the east coast and about $900 from Indiana to the west coast; though according to our mechanic, t could make such trips, ut in characteristically normal low vanagon speeds.On Nov-04-15 at 17:51:31 PST, eller added the following information:

We asked our mechanic if he could print up a compilation of the work he has done for us on the Westy. He is going to do so and also return the repair manual that we will include with the vehicle. Just reviewing the highlights from the receipts in the glove box, he following repairs/maintenanceare from most recent to oldest: 2015 Urethane paint job from Maaco; Replaced engine ; Replaced Alternator with new high voltage model; 2013 rack and pinion, ront shocks, ie rods; alignment; tires; 2012 Radiator; misc electrical; ignition switch. 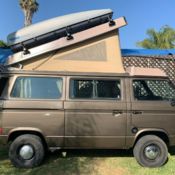 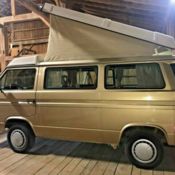 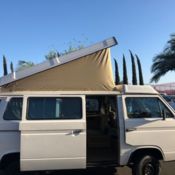 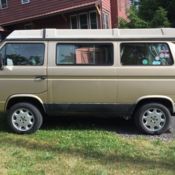 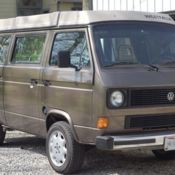 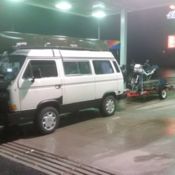 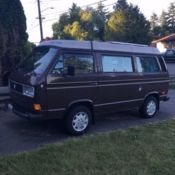 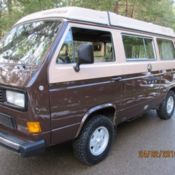 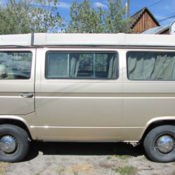 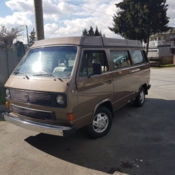