The Volkswagen Type 2 $2000 in work on brakes engine and plugs and wires (T3) was the third generation of the Volkswagen Transporter and was marketed under various nameplates worldwide â€“ including the Transporter or Caravelle in Europe Microbus in South Africa and Vanagon in North and South America. It was larger heavier and more angular in its styling than its predecessor the T2.The T3 was manufactured in Germany from 1979 until 1990. Production of the 4WD (mostly for official use like postal service or German army) continued until 1992 at Puch in Graz/Austria where all 4WDs had been built. South African production of the T3 continued for that market only until 2002. The T3 was the final generation of rear-engined Volkswagens. Examples built between 1979 and 1985 featured round headlights and basic steel or chrome-plated steel bumpers with plastic end-caps.Â Come see this great example at Delray Beach Motors 888-254-6991. Visit Delray Beach Motors online at to see more pictures of this vehicle or call us at 888-254-6991 today to schedule your test drive. 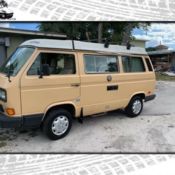 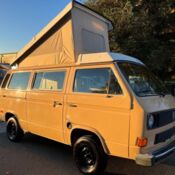 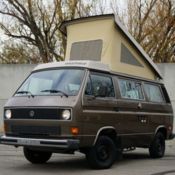 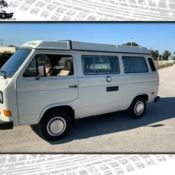 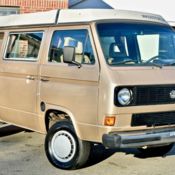 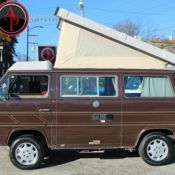 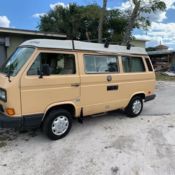 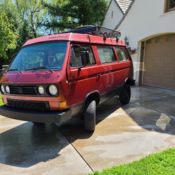 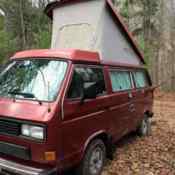