1956 Beetle DeLuxe Sedan and assorted parts $13,000I have been the "caretaker" this Beetle since July of 1975, and it has been kept in a garage since 1979. Its time for it to move on to a new "caretakerâ€. This Beetle was built on June 22, 1956 and has a palindrome chassis number 1226221. The chassis number coincidentally contains its build month and day in both the US and European formats. Interior has the original seats, door cards and headliner. Floor pans were replaced in 1998 when the body was repainted after an accident to the left front fender and hood (replaced with correct fender and hood). Engine was rebuilt in 1979 and has 25K miles. Transmission is in good shape, except for reverse which pops out if the lever is not held in place. Will probably need brake work as it has not been driven in a couple of years.
This is a list of accessories and extras:1."Birth Certificate" from VW AG in 1976 and in 1998 from the VW Museum2.Wicker Bambus under dash tray3.Passenger side sunvisor4.Blaupunkt AM/FM/SW/LW radio5.Repro rear view mirror shade6.Repro VW Beetle Compass7.Repro HAZET spare tire tool kit8.Wood slat roof rack9.Rear mud flaps10.Gear shift lock11.VW accessory shift knob with shift pattern etched on knob12.Repro fuel tap lever extension13.New fuel tap and screen14.New 6V battery15.14mm/10mm clutch adjustment ratchet wrenches16.Repro Owner's Manual
In addition to the above, included in the sale are:1.Right front fender with bullet turn signal mount2.NOS right front fender without turn signal mount3."W" style engine lid4.Spare transaxle5.Complete front axle6.2 36 hp short blocks7.3 36 hp engine cases8.NOS 40 hp Beetle muffler9.1600 single port 1970 Type 1 motor, rebuilt in 1988 but never installed.10.Center seat from 1978 Champagne Edition Type 2 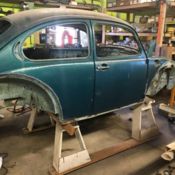 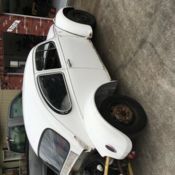 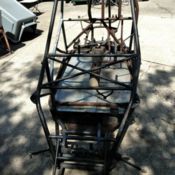 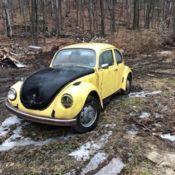 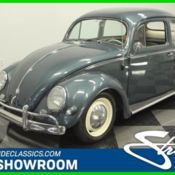 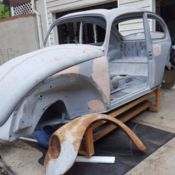 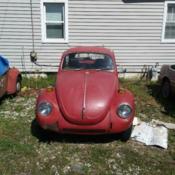 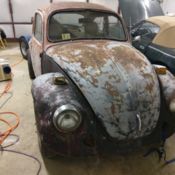 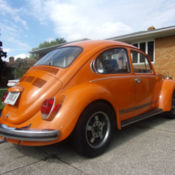 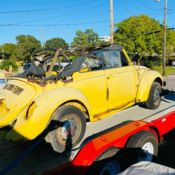