Take some time to look over one of the coolest bugs around. This 1967 Volkswagen Beetle has been given the right investments so that it even makes white look bold. Still, after all the time and money that has gone into the VW, it's still everyday affordable. We all love the Beetle because these are classic cars with a sturdy German-engineered base. This provides for a strong foundation to build an individual spirit. You understand that immediately... when looking at this example. It has some nice custom touches like a modified early model deck lid and LED taillights, but there is something much more. The body exemplifies Teutonic tightness, and it's obvious that there has been a lot of attention paid to keeping this Beetle looking so sharp. In fact, the cream white paint has been laid by a professional hand to give it the quality of a crisp button-down shirt. But even the finest dressed people have room for jewelry. Those bumpers have been triple chromed so that every ounce of light is caught and radiated back. Add in those eyebrows over the headlights and large 15-inch EMPI wheels on a lowered stance, and this is one impressive VW. Just like the exterior, the interior feels like there was a lot of investment in subtle upgrading. It starts with the green cloth and vinyl upholstery that feels so good it's like this Beetle is fresh from Germany. The whole setup looks strikingly original from the driver's seat, including the two-spoke steering wheel with Wolfsburg crest and central VDO speedometer. But then you start to notice some nice additions like the EMPI shifter. Also, there's a Kenwood AM/FM/CD HD receiver that's nicely hidden behind the passenger seat, and it controls a kickin' amplified stereo system. The engine bay is a very clean marvel of simplicity Ã¢â‚¬" just what these Beetles should be. This 1600cc flat-four is an upgrade to the largest VW motor from the series, so it feels nippy in the lightweight Bug. Plus, it was rebuilt less than 300 miles ago, so the already sturdy motor is sure to continue providing that iconic air-cooled sound and power for years to come. And speaking of the exhaust note, this Beetle features a Eurosport ceramic coated dual tip GT exhaust for an extra kick of performance. You get to take control over all of this thanks to a new Rancho Freeway Flyer four-speed, which as the name suggests, is geared to better handle modern highways and freeways. All Beetles are created equal, but only a handful get the true VIP upgrades that this one has been treated to (and we have the build receipts to prove it.) So hurry up and grab this VW before someone else realizes how great a deal this is, too. Call today!! 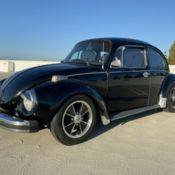 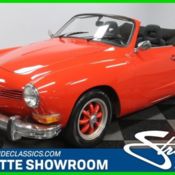 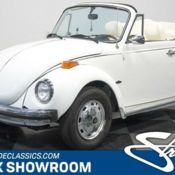 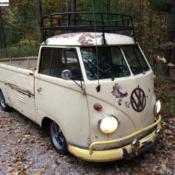 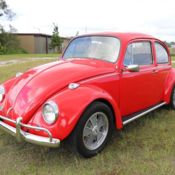 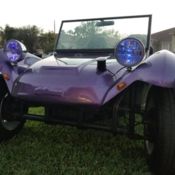 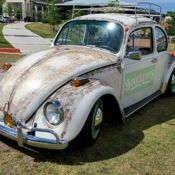 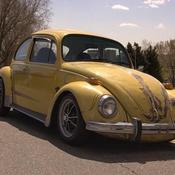 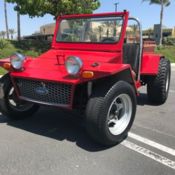 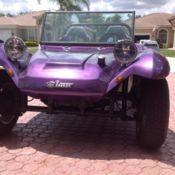