1990 Volkswagen Vw Jetta GLI
2.0 16v 9a engine - 5 speed 020 TransmissionOdometer reads 166kRepainted yellow many years ago. Over spray in engine bay. Originally WHITE.
I bought this for a winter project a few weeks ago non-running over in Iowa. ( 700 mile road trip )
It has been sitting for 3 years unused, not running.
Installed a new BOSCH fuel pum, added 5 gallons of fresh fuel to i, installed a used master cylinder. Tossed in a used battery.
It now will start and move under its own power. But still needs sorted.
This Mk2 GLI 16v - has power recaro seat, manual windows and no sunroof. Interior is in great condition for 28 years old.
What i know:it starts and runs. The shift linkage is an aftermarket USRT kit - that previous owner installed but never adjusted. It has a TON of adjustment. I got it to where i can get it in gears.. Reverse is difficult as the shifter hits the recaro seat ( i am short ) So the shift linkage needs some fine tuning.
The odometer - the gas gauge does NOT work. I only drove it a mile or so from one shop to anothe, didnt notice if the odometer works, now that i think about it i didnt even look at the speedometer....
The oil buzzer light and buzzer is going off as engine is running. Its annoying - i dont know if its the oil pressure sensor or just the cluster itself - pretty common Mk2 Problem.
I was told the suspension is stock " cut " springs - the front was really bouncy.
The Rims are aftermarket 15" BBS REPS - with spacers and good tires.
The Front bumper was held on with various screws - i slid it on for pics but it needs reattached w/ screws.. The center of the front bumper has been cut out for some reason? The broken yellow grill is in the trunk. The front flares screws were missing and flopping i think they had them screwed together?
The trunk lock / open mechanism is NOT there - i can not get it to open - and i have not tried too hard.
I ended up buying an older Rabbit 16v project pick up truck that has my attention so i want to sell this GLI.
I would trailer this car. SOLD AS IS - In person inspections are encouraged.
$500 Deposit due with in 24 hours - balance due with 72 hours of end of auction. Jetta must be picked up with in 7 days or $40 a day storage fee applies. Will work with shipping companie, but car must be paid for in full and payment cleared.
Located South Lincoln Nebraska
The Vehicle Rescue Sales & Service
1520 Pioneers blvd Lincoln NE 68502402-770-0069 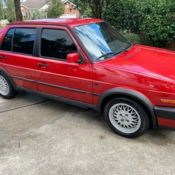 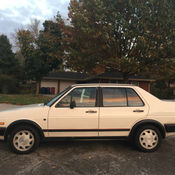 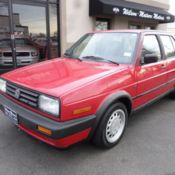 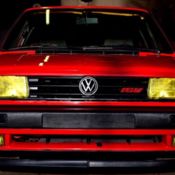 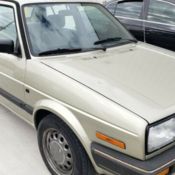 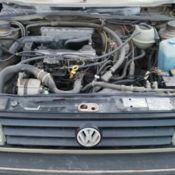 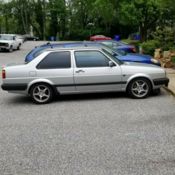 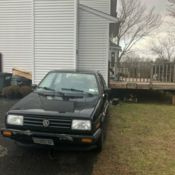 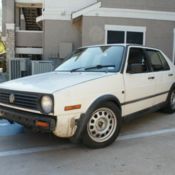 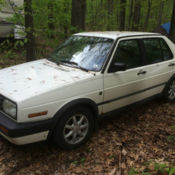