A solid 1974 Volkswagen Super Beetle that shines a little brighter, feels more comfortable, and retains all the right originality. That's what makes this a great classic at an affordable price. This VW has been under the care of the same family for most of its life. When the paint needed a refresh, they would invest in a quality respray. When the bright work was aged, they bought new bumpers. When the motor needed servicing, they had a rebuilt unit... sent in from Germany. Are you starting to see the picture? They took care of this Bug the same way you would if you wanted to keep it vibrant member of the family. And the result is a VW that really radiates in the sunshine. In fact, per the consignor, this is believed to be a special edition Sun Bug. And the options and trim on this one support that. Plus, the rarity is even furthered by Superior Industries "turtle-back" wheels, which were offered by some dealers in the '70s and are a sought-after item today. No other door opens quite like a Volkswagen. Despite its economy car roots, you can feel a precision action when unlatching the handle, and the reassuring 'click' when you shut it has a luxury car-like accuracy. This one even has the factory sunroof - a rare option that came with the Sun Bugs. So when you mix rarity and quality, you instantly feel pride in ownership. As you slip behind the classic Wolfsburg crest steering wheel, you'll spot the familiar VDO gauge. But as you keep gazing across this Beetle, you'll spot great upgrades for function, like the SunPro tachometer. There are also upgrades for fun like the cup holders and Pioneer AM/FM/CD stereo. As mentioned before, one of the restorations even included a rebuilt motor from Germany. In fact, it's believed the mileage on this car is a reflection of what's on this newer flat-four. More than just a fresher power plant, the 1500cc motor is a big part of the Beetle's appeal with its bulletproof reliability. Everything looks as it should, right down to the air cleaner assembly. While it takes little money to upgrade this power plant, the Beetle's true driving secret is the four-speed manual transmission - it allows you to take full control and get the most out of the robust motor. Any Beetle owner will tell you there is something hypnotic about its air-cooled exhaust note. The driving full experience only gets better on a Super Beetle with its Mac Pherson strut independent front suspension. This one even has a newer front sway bar and front disc brakes to really heighten its cruising comfort. A unique and well-cared for classic is what we all want, and this VW does it for such a nice price. So you know you need to hurry to grab this deal. Call now! 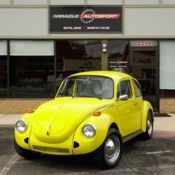 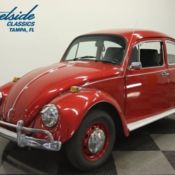 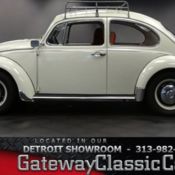 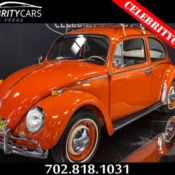 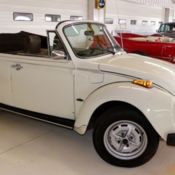 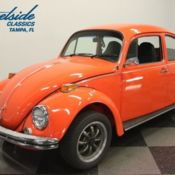 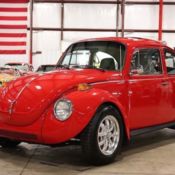 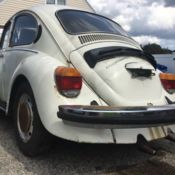