Sought after 1963 Triumph TR3B with Overdrive. Originally bought new in Madison Wisconsin, it was one of the last new ones sold in the US. The original owner used it as his daily driver for 21 years. Twice he drove it from coast to coast. At some point he changed the color from off-white to British racing green. In 1984, he parked the car in his garage where it sat until November 2012 when I purchased the car.
I took the car to Vintage Restoration in Union Bridge Maryland. They restored the fuel system and rebuilt thecarburetors. They put in all new brakes and replaced the entire wiring harness. In addition, I put in new carpeting and a new top.The interior is vinyl and completely original (except for the carpet). It is in good condition except for a tear on the back side of the passenger seat. The tires are new in 2014.
Because no restoration was done to the body, there are a few dents and rust. The doors are solid. The driver's side rocker panel is rusted. The floor on the driver's side has been patched I am told. The spare tirecompartmentis solid but the trunk is rusted through right behind both rear wheel-wells. The rest of the car is solid. I can email more photos if you so desire.
The old suitcase on the back is a storyboard on how I found the car with pictures. The license plate is a true 1963 Maryland tag that was originally on my parents' 1963 Chevy Belair stationwagon. Both will convey with the Triumph.
This little TR3B is a true survivor. It runs great and is a lot of fun to drive. This car draws a bigger crowd than the fully restored ones. 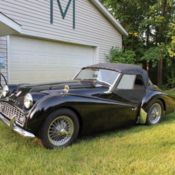 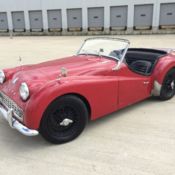 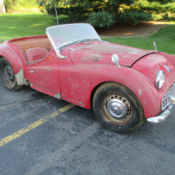 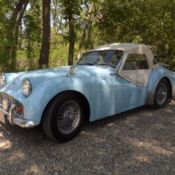 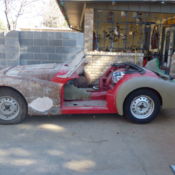 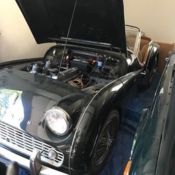 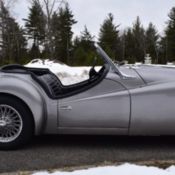 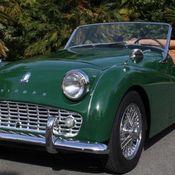 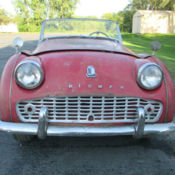 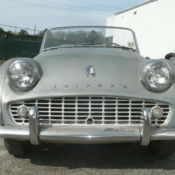