1993 Toyota extra cab 4x4 5 speed pickup, engine is a 22RE, I stuck the V6 emblem on it because I liked it. But it does have the 4 cylinder, not the 6. Can be removed easy. I bought it from my nephew 5 years ago when he had kids, been a Great truck, I been all though it and really made sure it was in top shape. it is. I am retired and moving to Florida and no longer need it. I have a new Tacoma so this truck has been mostly sitting. I had any and all mechanical work preformed by a professional shop as needed. I have most the receipts. its not perfect, But darn close for its age. It is a hell of a good solid driver. It originally came from the west coast so its rust free other then a bit of surface rust here and there. No Rot what so ever with a Perfect frame. Has a tear in the seat, front valence has surface rust. few dings and one small bubble on fender. really nothing major. could use a good cleaning and maybe a wax. Has a new sending unit and fuel pump, a Dave'Z special rock crawler trans mission, was in it when bought. guess its something special.. I don't know.. electric cooling fan, new tires, new front and top end a year or so ago, new timing chain, oil pump, water pump, head gasket, new exhaust, good clutch, and brakes. radio is original so kinda tin sounding. ac was cold, now not so much, gonna need a charge. it starts, drives, runs, stops, as should. all safety stuff works perfect. so no problems with inspections or anything like that. its just a Very Good Daily driver, solid, clean and Very well taken care of always adult owned and drivin. also have a fiberglass cap that came with it in Grey if you want it. also has the vent windows, rear sliding window, front lockers. The engine looks dirty due to a product called fluid film to keep kit from rusting. But it has NO leaks. Leaks Nothing. just has the rust inhibitor applied. also has a class 3 tow hitch, think its a reese. has new tail lights and tow wiring kit. Works as it should. if you got questions, Just ask. or want a picture, that's no problem either. Clear NY title in hand, truck will not leave my ownership until funds are cleared by my bank. cash preferred. Thanks. Seriously, Just ask questions if you like. again, Thanks. 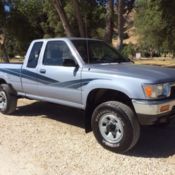 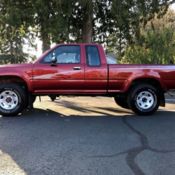 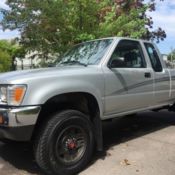 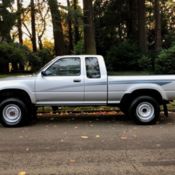 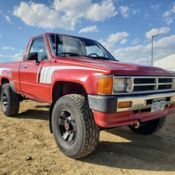 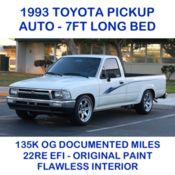 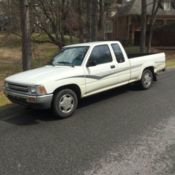 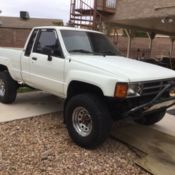 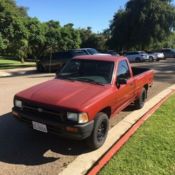 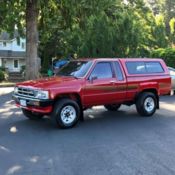