This truck was built in japan to a super deluxe standard including Electronic Fuel Injection which although U.S. cars had trouble in those years. I have done nothing except add injector cleaner, factory replacement spark plugs and wires. I am almost 81 years old and the truck sits too much. I nor the previous owner have never taken it off road. She has about 264k miles mostly highway with no rust in the rocker panels, doors.or tailgate as the original buyer hadDEALERSHIP drilled and sprayed with what I understand to be a cosmolene type rust prevention and then plugs placed in the drilled holes.it has factory tilt steering, power steering. Quartz original clock . Factory Air conditioning. Power brakes. original chrome wheels chromed in Japan. 5 speed transmission with a 26-28 miles per gallon it has a cruise control addedbut not working. I think it is a simple fuse gone out. I put a 2000 Toyota double din radio,cassette and cd player in taking the sellers word on ebay that it was a working radio.it looks pretty new but I have not pulled it back out to discern the issue. it does have a very nice actually beautiful stereo and the truck has factory surround sound which will blow the doors off. I checked the 4 wheel drive out when I purchased it just to see that it works properly.contact me for more info if I have left anything to chance (AND I LIKELY HAVE).don`t let the pic`s fool you. the truck needs paint. racing stripes. seat insert and other. I believe it to be excellent mechanically and the man I got it from several years ago in inland Oregon took care of it as well and put the miles on it driving to an other town for work every day......it`s a RARE,RARE TRUCK and still even has the book and Toyota tool kit and jack issued with it....ENJOY.....PAUL
built in Japan in January,1987 by the Toyota Motor Company in Japan..... Interior and exterior almost all factory original. see description above or call 5415506406 for more detail......engine compartment and undercarriage are excellent. I forgot to take pic`s of them. .....I will send on request.
Vin #JT4RN67S9H5072168 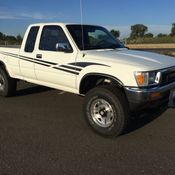 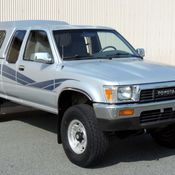 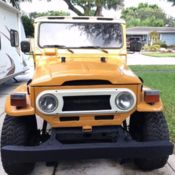 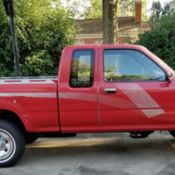 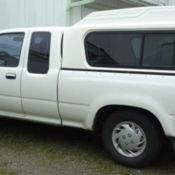 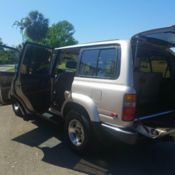 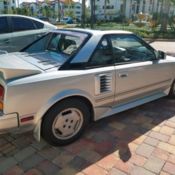 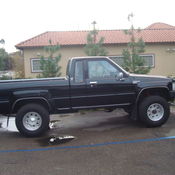 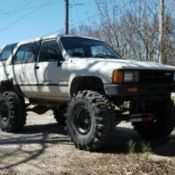 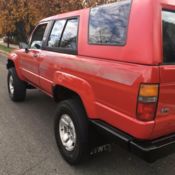