Thought I'd never do it but I'm selling my baby but marital bliss being what is, or in this case isn't, is forcing me to part with it.I bought this car a few years ago mostly stock and have been working on it for almost 3 years. Everything on the car works. It was tuned at Motion Lab in Charlotte last summer with final numbers of 320 HP and 314 TQ at the wheels running 16 pounds boost. Here's a list of all that I've done to it - (all since purchase at 93K miles)
Rebuilt engine about 5K miles ago
Forged CP pistons and Manly rodsBrian Crower 272 cams, springs, Ti retainersShimless buckets, valve jobPort matched head and manifolds, mild clean up port on headNew Toyota oil pump, water pump, gasket setMLS head gasketARP heat and main studsWolfkatz fuel rail, fuel pump, AEM fuel regulator, RC injectors,fuel pumpEMS-4 stand aloneRacer X coil on plug kitTurbo rebuilt by Midwest turbo with larger compressor wheelinner and outer tie-rod ends, heavy duty ball joints, bump steer arm spacersBraided turbo oil and return lineCold air intakeupgraded intercooler with 9" spal fan3" downpipe, 3" midpipe splitting into two 2.5" borla mufflersACT clutch,94 LSD transmission and axle shaftsProthane bushings everywhere, engine and steering rack also.Converted to manual steering with manual rack (not depowered power rack)Koni suspension kit - strut cartridges and springsNew radio and 4 speakersNew window regulators both doorsShort throw shifter with spherical shift bushings17x8 and 17x7 SSR wheelsA/C converted to 134 with new evaporator, receiver/drier, and expansion valveMishimoto radiator, sparco hosesBoost, AFR, oil press gauges-oil idiot light still connected
I would not hesitate to drive this car anywhere. I've done several trips from North Carolina to Florida in it without any issues. It is a bit louder than stock inside because of all the prothane bushing but the handling is great and the exhaust is not obnoxious like a typical fart can muffler. It has a nice sound when you get on it but is not at all loud when driving around. I'm 48 years old and all work on this car has been done in an extremely anal retentive manor. This is NOT some boy racer driveway project. I have a huge stack of receipts for all materials totaling more than 23K. No that's not a typo, I could hardly believe it when I finally totaled them up today - and that's not counting the original car purchase. I've only done one track day in it (3-20 minute sessions), and had an absolute blast. Most of the driving done is on back country mountain roads. The 4 switches on the dash are for -electric antenna up, radiator fan override, the 3rd and 4th are spare. The radiator override is so that when I stop I can turn on the radiator fans and let the turbo cool down for a few minutes. The rad fan will still cycle on with the t-stat when the switch is off. The inter cooler fan is controlled by the ecm to come on when manifold air temp exceeds 110 degrees. The paint is original and being such there is some issues with it (it's 26 years old after all) There are a bit of small chips on the front from normal wear, about a 4 inch scratch on the passenger rear bumper lower (minor). But over all the paint is in pretty good shape. About the only other cosmetic issue would be the drivers seat bolster material is bunching a bit. A/C and heat work great, cruise control works also. I'm taking a big loss on this for what I have in it but I'm trying to be realistic as to what an MR2 will bring.
Shipping is responsibility of the buyer. If you want to fly in to Asheville airport I can pick you up and you can drive home.
If you are interested message me through ebay and I can call you to discuss the car. I can usually only access my computer in the evening.
NO ZERO FEEDBACK BIDDERS --- IF YOU HAVE ZERO FEEDBACK YOUR BID WILL BE CANCELED !!!!!!!!!!!!!! 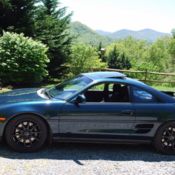 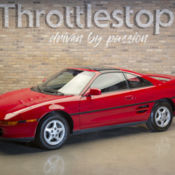 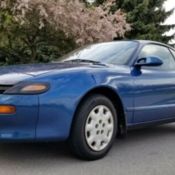 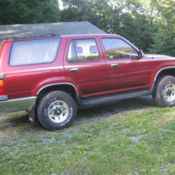 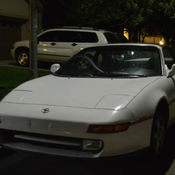 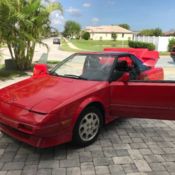 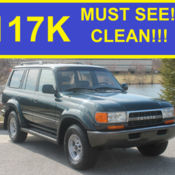 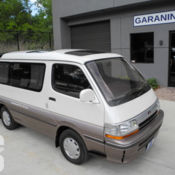 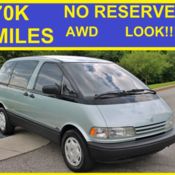 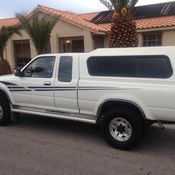