Think of it as a golf cart that'll go 90 on the freeway. The batteries are 8Volt deep-cycle (104V) . Like it's slower cousins this one plugs into a regular 110v socket. The basics of the original car are in good condition, and the added electric components are in a very stable configuration. (It's also a potentially good steampunk project--I got that idea when I was installing the stereo.) It's an excellent electric drive platform.

The car was donated to our electric conversion program when I was teaching high school auto shop. I later bought it from the school after we'd worked on it awhile. I installed a new battery pack and tires, plus a couple major system components & also replaced the upholstery. The original conversion used an 'Electro-automotive' kit, which basically attaches an electric motor onto the transmission where the gas engine used to be. It's significant that the gentleman who assembled it, drove it for years & the donated it, was an electrical engineer; the wiring harnesses, the components layout etc. are the work of a professional. I was a technician in the Navy & one thing I learned is that in any kind of electrical assembly connections are responsible for 95% of failures. With the exception of battery connections, this vehicle has been problem-free in that regard.

I've kept the car in good condition--everything including the flip-up headlights, works (there's no odometer so the mileage is actually unknown but the DMV & the auto club apparently don't mind since the car is smog-exempt). The paint is rattle-can Toyota red; there isn't spot of rust.

The Mr2 was quite a hot rod when it was introduced—I’m told that the suspension was designed by Colin Chapman of Lotus. The brakes are 4-wheel discs which provide good stopping power for the extra thousand pounds of batteries, which are compensated for by extra heavy-duty springs and shocks. The handling isn't as lively as the original of course, but it's not bad.

The only big repair issue is a crack in the windshield:I was quoted $175 to replace it by Low Price Auto Glass in the parts recycle district in Oakland.

The battery pack is about halfway through it's cycle; I haven't needed to add much water to them yet. Range is only 10-20 miles right now, that's because I subtracted four from the original pack size, which had a range of 30 miles (I only use the car for shopping. I like the extra space). I'm told that advanced batteries available would triple the current range. 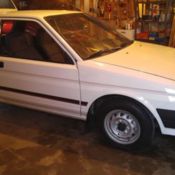 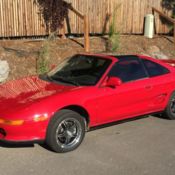 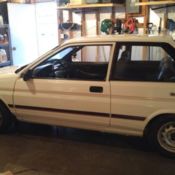 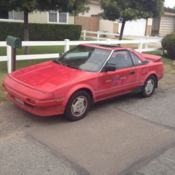 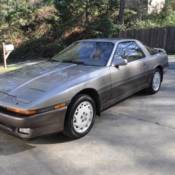 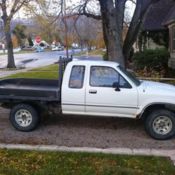 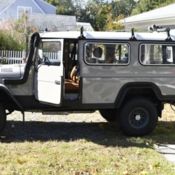 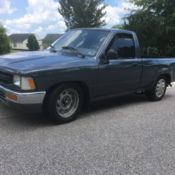 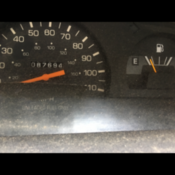 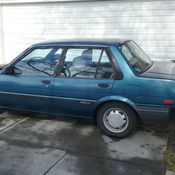