Here's your chance to own one of the very few fully electronic TDI Sidekick conversions in existence. I completed the conversion in late 2013 and have put about 20,000 miles on it since then. I had this up for sale last year but didn't get any bites, so I'm lowering my starting price. I have a new Jeep Wrangler now and the Sidekick has mostly just been sitting since last summer. Although I hate to let it go, it would be better off with someone who will get some regular use out of it. It's a blast to drive, especially with the tops off in the summer, and because of its light weight it will go where many heavier 4x4s bog down. It's just an all-around great little 4x4 and you can't find a current production one that's anything like it. It is excellent in the snow and off-road and has gobs of low-end torque that the diesels are legendary for. And I'd just like to note here that after having literally sat idle for probably 10 months, it started up today with only four revs of the engine!

This has a VW 1.9TDI (1Z) engine from a 1997 Jetta -- which was my daily driver until I decided to do the conversion. Since I had the whole donor vehicle I had everything necessary to do the conversion properly. All of the electronics, computer, sensors, wiring harness, etc. were swapped into the Sidekick. The engine had a basic rebuild (all gaskets & seals, rings, all bearings, water pump, lifters, valves, freeze plugs, glow plugs & harness, etc -- see below for full list). The cooling system was totally rebuilt from the ground-up with a new (larger) Vitara radiator, Spal slimline electric cooling fan, as well as upgraded hoses and wiring, thermal switch with custom inline hose fitting, and a fully customized radiator mount. The intercooling system was also completely rebuilt with a new/larger intercooler and piping. The exhaust was rerouted by a local shop using top-quality pipe and laser-cut brackets -- totally custom from the turbo down to the muffler, and NO cheap flex pipe! Power steering was added by retaining and relocating the original VW pump with a custom bracket, and swapping in a power gearbox from a '93 Sidekick. The engine conversion was accomplished with an Acme kit, which included a new modified oil pan to clear the front axle, flywheel, engine-transmission adapter plate, mounts, alternator bracket, and angled oil filter mount. The turbo was rebuilt with all new seals and bearings. Even the instrument cluster was modified to add the glow-plug light to the indicators in the cluster. The vehicle itself has a 2" lift (aluminum spring spacers, proper driveshaft spacer on the rear, and new longer shocks) and larger (235/75R15) Firestone Destination A/T tires. Since the tires are larger they'll rub on the frame when making very sharp turns -- wheel spacers would take care of this but I never have gotten around to installing them. Also includes Warn premium locking hubs. The hood was modified to clear the TDI engine with the addition of a custom fiberglass hood scoop. The whole hood was then repainted to match the stock color. The transmission was rebuilt with all new bearings. The tachometer was adapted to work properly with the TDI computer. New clutch, new steering column boots, new driver's side CV shaft, new glow plugs and harness, resealed injection pump, new Bosio (stock size) injection nozzles, radio, steering wheel, front brakes, clutch cable....on and on and on. I have many thousands of dollars invested in this conversion and a ton of time and labor (I have receipts for most of it).

Keep in mind that although a lot of work has been done to this Sidekick, it IS still a 30-year-old vehicle. It has some dings and scratches, some small spots of surface rust in some areas (nothing major) and some paint flaking. The driver's door seal whistles air at higher speeds (I have installed some weatherstripping to help with this). The removable hard top is solid, but the back part of it can drip water in a rain storm. The windshield is cracked. The driver's side door handle (inside) in cracked and missing the spring, but still works. Both the left and right door windows have a hard time rolling down (can't get the passenger one down at all). Things like the alternator, injection pump, transfer case, differentials, etc., are stock and have original miles on them. The injectors have new nozzles, but have never been pressure calibrated. The radio's speakers are stock and really need to be replaced with something new because you can barely hear them. It will need new tires and an alignment soon (one of the tires is out of round and you can feel it at higher speeds, and they are all getting fairly low on tread). One of the boots on the passenger's side CV shaft has a tear in it. The shaft is still fine, but the boot will need a repair or the shaft will need replacing. There is also a slight oil leak where the crankcase breather tube meets the block. I replaced it with a brand new OEM VW tube a couple of years ago but due to the required flex on the tube it must not fully seal (it's just a plastic tube and o-ring). Not a significant leak by any means but something to be aware of. In short -- the vehicle isn't like-new and the buyer should not expect it to be so. Note: odometer reads only to a max of 99999, and it reads 47167 right now, so I assume it has 147167 or 247167 on it. Also, please remember that the redline of the TDI engine is much lower than that of the Sidekick engine (the Sidekick tach shows a 6500 redline; I think the TDI is 4500).

Please also note that it is still titled as a gasoline vehicle and will probably not pass a smog check if you're subject to that where you live. Registration has expired so it will have to be renewed to legally drive it on the road.

The vehicle is being sold as-is with no warranties and no returns, so please ask questions and/or consider a visit to inspect before you commit to a bid or purchase. I don't want anyone to be dissatisfied. An immediate PayPal deposit of $100 is required within 24 hours of sale, with the balance to be paid in cash upon pickup within a 2-week timeframe after the sale. The deposit is non-refundable, so if for some reason you decide not to follow through with the sale you will forfeit the $100 after two weeks and the vehicle will be relisted. Clear title will be provided to the buyer upon full payment. The Vehicle History report provided by eBay on this VIN indicates it has a salvage title; however, I have clear Oregon title -- see the last picture.

* Probably some other stuff that I don't remember! 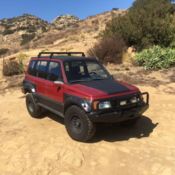 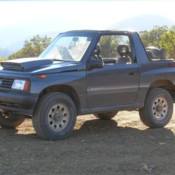 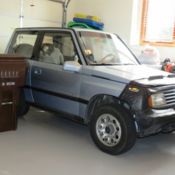 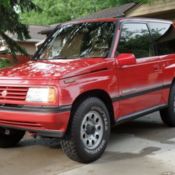