1969 Subaru 360 Deluxe Coupe.
This is a very nice, matching numbers 360, that looks terrific, starts right up and drives as it was designed to. Ready to go for some summer fun and a likely appreciating asset as well! Everything works. It's kind of like a 3/4 scale VW Bug with suicide doors. But probably cooler than that because it's rarer and a Kei car. And oddly, there's a surprising amount of room inside. Certainly enough room for four people to play Pokemon Go.
The former owner was a mechanic by trade who restored the car to reliability. He upgraded the brakes with a Wilwood master brake cylinder, rear brakes have been upgraded to Subaru Justy drums. It's got an upgraded exhaust too, possibly boosting the hp to 26!
In the past year, I took the bodywork up a couple notches and also upholstered the seats and rear shelf. The PPG 2 stage paint is a bit more mocha than the original ivory white of the roof (and interior), we find the contrast suits the car well.
I call it a "sympathetic" restoration, for as much was left untouched as seemed sensible. Except for the new upholstery and fresh paint on the floorboards, the interior remains mostly original as well as the paint in the bonnet and in the engine bay. I friction fit two pieces of wood trim, painted to as the exterior, to snug the headliner back into place. It's a very good solution that looks correct, not "cobbled". The black vinyl dash shows evidence of having had a mirror installed on the far right -- there's a few small screw holes visible -- but otherwise is in excellent condition. As you can see in the photos, the car has all its original details: spare, jack, stalk mirrors, visors, chrome trim, emblems, floor mats, interior dome light, heater, mud flaps, floor mats, etc. It's rare to see a running 360 this complete. The hubcaps currently on it are aftermarket, but a few original hubcaps are included, along with a spare generator, voltage regulator and some other bits. Though not Concours, you probably would win something with this unusual classic at your local car show.
It's missing one retaining clip for the chrome trim around the roof and would benefit from some fresh weatherstripping for the driver's door. I never got around to replacing the driver's side window crank knob either. Maybe someday the fiberboard parcel shelf will be replaced, as it does have a tea, but still it's working and useful. Body work has imperfections, but you have to look for them. There's a 360 enthusiast's club that is active and helpful should you need help. Also included is a good Chilton's Workshop Manual, as well as a bunch of Subaru 360 club newsletters and the 360 "Bible" on cd (known in the club as the BOR - Book of Reprints).
Car comes with a transferable registration, NY doesn't issue titles for older vehicles.
I reserve the right to cancel this listing early as it is also available for sale locally.
Buyer to arrange for pick-up or delivery at buyer's expense. This car fits easily onto a 5' x 10' utility trailer. If shipped within New York State, please email me your address and I'll determine the correct NY Sales Tax for your zone.

Be sure to also visit UnitA1's Rare and Good Stuff Store on eBay! 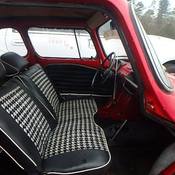 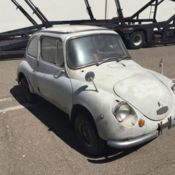 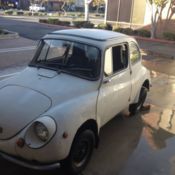 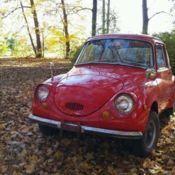 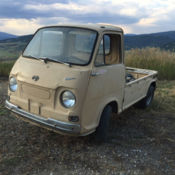 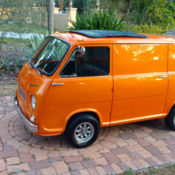 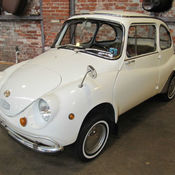 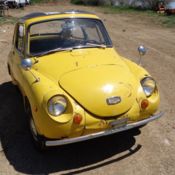 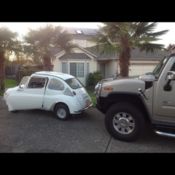 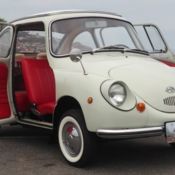