European Motor Studio is very excited to offer this largely original 1 family owned 1980 Porsche 928 5-Speed Coupe. Finished in its original factory coat of Indischrot over original Black leather, this 928 has covered a mere 47,300 original miles since new. After completion in October 1979 at the Stuttgart factory in Germany, this 928 was invoiced to Porsche/Audi North America where it was then sent to Scottsdale Porsche. Sold new to its first owner on March 27, 1980, this Porsche 928 has remained in the same family in Arizona since day one. This very original example has been paint metered and aside from a touch up in the rear passenger side quarter panel and lower portion of the rear bumper, this 928 sits wearing its original Indischrot paint. The paint is in beautiful condition with a nice deep luster. There are a few minor stone chips in the front nose are present and one small scratch just above the wheel well in the driver side front fender. The original Black leather interior is in excellent condition with the leather still retaining a nice soft feel. The driver seat shows lite creasing in the bolsters and the foam in the three middle squares have flattened out a bit but the leather itself does not have any heavy cracks or tears. The leather center console and dash are still in excellent condition with one area above the AC controls that has peeled back slightly. The dash itself is in excellent condition and free from any leather shrinkage or damage. All of the carpets are in excellent original condition including the headliner and the four visors. The Porsche built water cooled V8 engine has just been removed and completely re-sealed including the head gasket. The heads were sent out and machined which included a full valve adjustment. The timing belt, water pump, radiator, injectors, plugs and wires were also included in the engine out service. The rear main seal, clutch, shifter bushings, master and slave cylinder were also replaced. This 928 runs and drives absolutely fantastic. The engine pulls beautifully through all of the gears with excellent power. All of the electronics in the car are operating as they should. The original Porsche radio works as it should including the power factory power antenna. All of the interior and exterior lights operate including the pop up headlights. All 6 power way functions on both driver and passenger seats are operating along with the mirrors, door locks, windows and wipers. This early 928 is an incredibly rare find in largely original condition and fresh out of a single family ownership living in Arizona since new. Accompanied with the sale of this 928 is the original ownerâ€™s handbook and service booklet with early Scottsdale Porsche service records, two original Black Porsche keys and the original tool kit and spare. 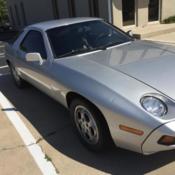 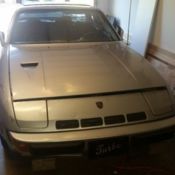 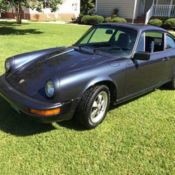 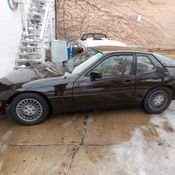 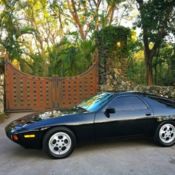 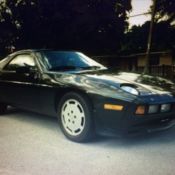 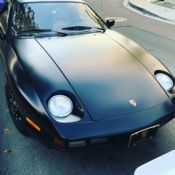 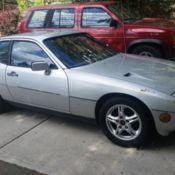 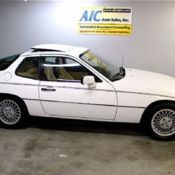 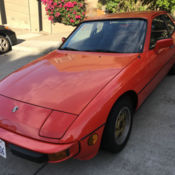