I am selling my mid-project 1985 (early model) 2.5L I4 NA Porsche 944 to someone who will continue a build of their own. I will start by saying the ONLY reason I am selling this vehicle is because I am relocating for work and will no longer have the precious storage space that I have now. I have the clear title in hand.

I purchased this vehicle in September of 2018 in non-running condition with the intention of doing a race build. The odometer claimed 64,000 miles and the previous owner and myself believed that to be accurate. The interior was in terrible condition, but the chassis is in great condition and the car has NO rust. The engine DID turn over before I removed the starter, but my plans were to swap the engine with a custom build. I tried to problem shoot the issue and I narrowed it down to a fuel issue but gave up as it wasn't in my plans to get it running. I began to part out the pieces I didn't need including stripping out the entire interior. I did leave the master wiring harness in tact in order to retain functionality of certain things for later use (front lights, tail lights, etc.). I have retained various pieces from the vehicle that I will include. This 944 comes with the coveted Fuchs wheels which are in rough, but restorable condition. I have basically done the dirty work of stripping the interior out and now its ready to start putting parts back in to.

Included with the vehicle:

-Various other items removed in good and working condition

Some notable pieces missing from the car:

-Transmission: Was the non-limited slip differential so what I would consider useless anyway

-Sunroof: not allowed in racing due to rolling hazard. Easy to weld sheet metal over.

-Front fenders: My intention was to replace with a one-piece front end (hood/fender/bumper combo) which I would HIGHLY recommend if continuing with a race build.

-Power Steering pump: This was not on the vehicle when I purchase it

-Radiator: Was in terrible condition. Also removed piping and thermostat.

Rear Muffler: Required to remove transmission, ended up cutting off out of impatience with the bolt connection

I would consider this car to have the following options.

1.Replace the engine with something race ready; custom build or even a 944 turbo engine

2.Rebuild the NA engine. I believe it to be a functioning engine and the NAs are great candidates for a solid rebuild that can race and last forever (see 944 NA formums)

3.Completely restore for non-racing. Probably the most expensive option but easily a future show ready car with aftermarket/oem replacement of the interior and an engine rebuild.

I have probably left minor information out, but please feel free to ask any questions and I hope I can answer them. I am more than happy to work with you if you would like the car to be shipped to your location at your expense. Shipping arrangements need to be made by 5/31 as I am moving. 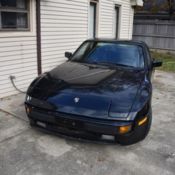 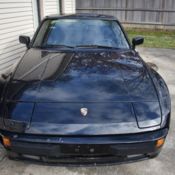 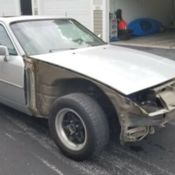 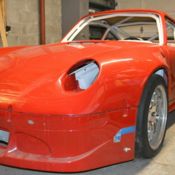 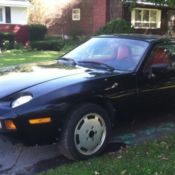 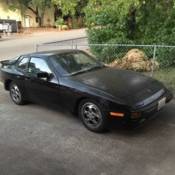 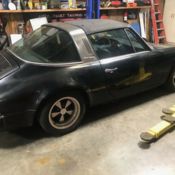 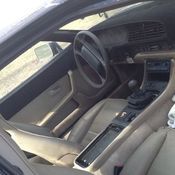 1985 PORSCHE 944 FOR PARTS OR RESTORATION PROJECT 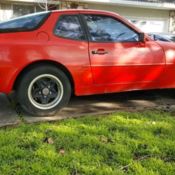 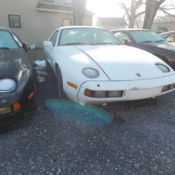