WE HAVE OVER 150+ DETAILED PHOTOS AVAILABLE ON OUR WEBSITE!

STs were very rare cars as Porsche only built a handful of them between 1969 and 1972.Reported production numbers are only in the 40’s.Part of the reason they are hard to track is that they were a sport-purpose option package available to Porsche’s motorsport customers.They ranged from extended flared cars to narrow body cars with a variety of modified S-powered motors depending on how you planned to campaign the car.In some cases, customers even sent their used 911s back to the factory for the ST upgrade.They were run in variety of events including hill climbs, LeMans, and even African rallies.They were quite versatile.

Erwin and Manfred Kremer were acknowledged as building some of the most winning STs.They started their race shop in the early 1960s and helped a variety of customers prepare their Porsches for road racing competition.They have been credited with building cars that have won countless races, championships, as well as overall victories at Daytona and LeMans.

In 1972 Kremer built an ST to compete in the new European GT Championship series.They hired John “Fitz” Fitzpatrick who was a seasoned British driver to drive.Fitz went on to win 5 of the 9 races and clinched the championship.He has been regarded as one of the best Porsche racecar drivers of the ‘70s.

In celebration of this significant 911, a well-respected R Gruppe member and vintage Porsche race car enthusiast decided to recreate this important car.His name is Gib Bosworth and he lives in Arizona.He has built several outstanding and very accurate tributes over the years.This build started in 2006 and took nearly half a decade to complete.Gib’s goal was to focus on researching the history of the original car and building this one as close as possible the way the Kremer brothers built it for the 1972 season.

He sourced a very dry and straight 1972 911 coupe that had been originally delivered to Belgium.For the next several years, the build evolved.Gib either sourced rare and original parts or fabricating exact reproductions of the originals.Ultimately, both Manfred Kremer and John Fitzpatrick saw this example and commended Gib on his build quality and accuracy.In fact, at a recent Rennsport Reunion, most could not distinguish this one from the original when they were parked near each other.

Highlights of the build include the following:

All metal body including steel flares, bumpers, and hood

Fenders and bumpers modified to ST-look by John Esposito

Similar to the rest of the car, the motor was also built to what would have run in the day.Walt at Competition Engineering was hired to do the work.Highlights include:

Gib finally finished the car in 2011 but was still constantly improving it all the time.He never could get the high butterfly throttle system to work properly and ultimately sold the car to the current owner in August of 2014.This owner is a long-time enthusiast and had been following Gib’s ST builds for some time.Upon receiving the car, he immediately hired Moorespeed of Austin, Texas to get the high butterfly system working properly and take the car to the next level. Moorespeed is one of the most respected Porsche specialty shops in the States and was hired to restore and prepare the original Kremer ST for Rennsport Reunion III.

For the last few years/thousand miles, Moorespeed has done some key work on this ST to not only get it to run right, but to also make it a wonderful driving early longhood for the street.Over $40k was recently invested which included some of the following items:

While engine was out, many seals and gaskets were replaced

The goal was to make this ST easy and reliable enough to hop in and use on the street for fun backroad drives or vintage tours while also being able to take to the track for a few fun laps.And, that’s exactly what the current owner did.In fact, you will see in the picture gallery some fantastic professional photos at the Circuit of The Americas (COTA) during a McLaren driving event.

This 911 ST is a highly detailed and an accurate true recreation of the original.Extensive research, time, and expense were invested to not only make this car look like the original, but drive like it too.The look of the car is very believable.Sure, the car has some light patina on it (see pics), but that just adds to its credibility.The exterior looks great with some typical signs of wear that you’d expect on a 10+ year old build.Some of the vinyl sponsorship decals have faded as well.There are some minor chips from use across the front and on the leading edge of the rear flares.See pics for anything significant, which I point out.The glass is in very good shape with no major chips or cracks.The RSR finished Fuchs have no curb rash and just some minor discoloration from brake dust.They are wearing period-correct Michelin TB tires that are near new.The brakes are also near new.

The interior is equally as nice and has that right vintage feel to it.The original Recaro ST seat looks fantastic and appears to be unrestored.There is some light wear, but no tears or cracks.The headliner is in good shape as well.The lightweight carpet and rubber floor mats have no stains or tears.The lightweight door panels are in excellent condition.The dash has no cracks and is original/unrestored.The gauges work properly.Same as the outside, everything on the interior was done as close to possible as was on the original Kremer ST.

This ST drives fantastic and is very street-user friendly.The owner had Moorespeed spend quite a bit of time adjusting the suspension, ride height, tuning, etc. to make this a fun weekend canyon carver/vintage event Porsche.The fuel enriching control is genius.Between that and the hand throttle, this ST starts easily on the first try even if it’s been sitting some time and very cold out.It holds a nice even throttle and makes no belching or other noises.It’s one of the best high butterfly MFI systems I’ve experienced.The power is surprisingly drivable with tremendous pull as you hit the higher rev range.Although this motor will easily pull past 8k rpm, its rev is limited in the mid 7k range with the shift light coming on 1k rpm before that.The shifter is extremely precise and has a nice solid notchy feel.You know when you are in the proper gear.Everything feels tight as it should.There is no grinding or slipping as gears are selected.It is rewards smooth shifting with immediate acceleration.The brakes have great initial bite and are perfectly balanced between front and rear.There is no fading or pulling.The handling is surpsingly light and very communicative even for big rubbers.Turn in is precise.The engine/exhaust sound is not droning or too loud.It makes a wonderful sound that is intoxicating as the car hits 5k rpm.The whole package is nicely balanced and drives extremely well even on our uneven pavements.

This would be the perfect car to hop in on an early morning and enjoy a local twisty road with that glorious sound echoing all around you.

**Note: VIN and other numbers withheld to protect against fraud. All numbers including VIN, Engine, and color will be provided to serious buyers.

If you have any questions, please do not hesitate to contact Paul at 714-335-4911 or paul@autokennel.com
For tons of pictures, either cut and paste the following URL into your browser, or click here: www.AutoKennel.com

This vehicle is sold “as-is” with no warranty, written or implied.In some cases, the vehicle does have the remaining factory warranty still in place and will be described above if that is the case.All taxes and fees are the responsibility of the buyer and are not included in the listed price.All vehicle sales will require a $65 document fee.The vehicle listed is described to the best of our ability.The information is based on our own research and statements made to us by the previous owner(s).To the best of our knowledge, the above information is accurate.We are not responsible for errors in our description of options or any other details.The above-mentioned vehicle is used and can be expected to show some wear and tear.It is not a brand-new vehicle.We do welcome all local pre-purchase inspections on vehicles in order to verify condition. 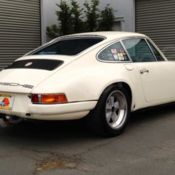 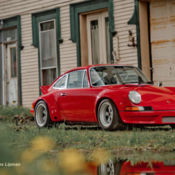 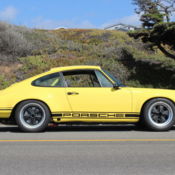 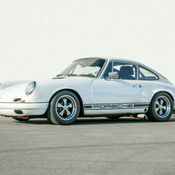 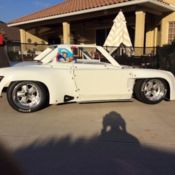 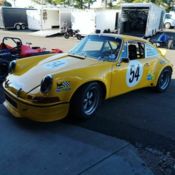 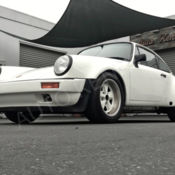 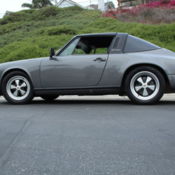 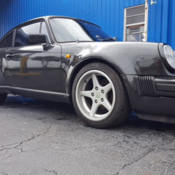 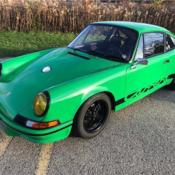