1973 Porsche 911T Targa, VIN 9113110386, Engine # 6131011, Matching Numbers Project!
Here we have a 1973 Porsche 911T Targa. Delivered in Sepia Brown paint, this 911T was equipped with factory air conditioning, . All of this is listed on the COA. The original engine is still with the car, as are the original Fuchs 15x6 alloys. To cap off its history, this was famed Porsche mechanic Heinz Bade's personal 911T.
The car shows very well in pics with silver paint, rather than the original Sepia Brown. It looks like whoever painted the car didn't prep the body well because the outer body is showing lots of rust and paint bubbling. The underside of the car actually looks pretty good, but the seams on this car show rust. Please look closely at all the pictures to get a good idea of the scope of the outer body rust.
We acquired this car from the estate of famous Porsche wrench Heinz Bade. He had this and a 73 911S Targa, see garage pic. He was actively restoring the 73 911S, and I believe this was his get around car, when he wasn't driving his 356 Speedster or his 993, though we don't know when he last drove it. We were told the engine was re-built 20 years ago but running the car didn't go so well for us. We had our mechanic wake the car up from it's slumber, he had it running fairly quickly and let it sit before lunch. He went back after lunch and the engine had locked up. Fearing a hydro-lock he pulled the plugs and drained the oil, which all came out of the exhaust pipe. So something went seriously wrong with the motor, so expect on a full re-build. The good news is all the fuel injection systems were working, so while you do have a full engine re-build ahead of you the MFI system is intact and functioning. The other piece of good news is this is the original motor, so the value is there in restoring this car. Also, unlike buying a crusty old barn find car with nothing but unknowns, this car was running up until a few days ago, so a better prospect for a project. Don't miss out!

This car comes with a clear title and is ready for export.

I am a 356 and Early 911S Registry member with an eBay Feedback Rating of 100%, so bid with confidence. Please ask any and all questions, they will be answered quickly and honestly. Please see our other auctions here for more hard to find Porsche parts, or shop the Unobtanium Store for even more Porsche parts and restoration supplies! 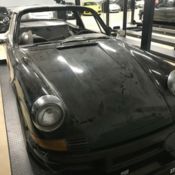 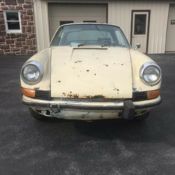 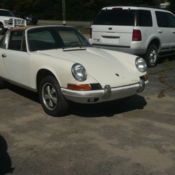 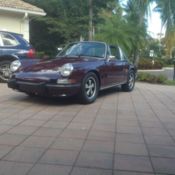 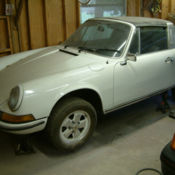 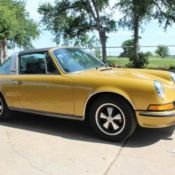 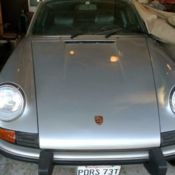 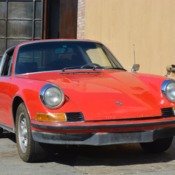 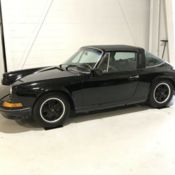 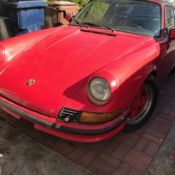