1973 Porsche 911S Targa, VIN 9113310649, Engine # 6331504, Matching Numbers Project!
This is a very special Porsche. Here we have a 1973 Porsche 911S Targa that was ordered with the rarest options available. Delivered in Gemini Blue Metallic paint, this 911S was equipped with factory air conditioning, factory sport seats, and through-the-grill fog lights. All of this is listed on the COA, and all of them are still with the car, along with the factory manuals and tool kit. The original engine is still with the car, as are the original Fuchs 15x6 alloys, all of them dated 2/73. To cap off its history, this was famed Porsche mechanic Heinz Bade's personal 911S, which he was in the midst of restoring when he passed away earlier this year.
The car is suspended mid-restoration at this point. The engine is out of the car, and partially built as seen in the pics. The rest of the engine was carefully packed up and is now displayed on tables in the included pictures. Everything that was with the car was obtained from the estate and is displayed on tables in the included pictures. Please study the pics to see what is included, but you'll notice that there are multiples of many items including distributors, piston/cylinder sets and powder coated sheet metal. A lot of the S-specific bits are accounted for including the red fan shroud, 39mm MFI stacks, throttle bodies, and 021 MFI Pump. There appear to be many new parts installed on the case already, he was actively working on it. The gearbox is pictured in its disassembled state, and we don't know what parts are present and what's missing. Please study the pictures closely or have your expert stare at them. This goes for the engine pictures, too. You get everything that is pictured, no more no less. There is evidence of other restoration work. With the wheels off you can see a very impressive brake assembly with new discs and stainless steel brake lines, along with what appears to be a restored hub.
While the underside photos show very well, we want to point out some areas that rust has crept into. The pedal area is soft. There is also some rust on the outer sills near the jack point. That said, there is probably some more rust hiding elsewhere on the car. The original sport seats are in great condition, appearing to have been recovered at some point, and retain tilting sliders underneath. Both the sport seats and the factory through-the-grille fog lights were ordered with the car when new, as confirmed on the included Porsche COA.
When this car is back on the road, you'll have a seriously well optioned and rare 911S. Not only will you have sport seats and factory TTG fogs, you'll have a COA that proves they have been with your car since 1973. The seemingly untouched tool kit will impress at any show. Included with the factory manual is a handwritten note to Heinz from a Porsche representative on factory letterhead. Rarely do you see a car this heavily optioned, and this complete, but still in project form. This means you control the narrative on the restoration and can see this very special example to completion the way it should be done. Add to the rarity of the car itself, the provenance. As the personal car of famous Porsche mechanic Heinz Bade, you will be driving a car touched by the same hands that propelled Bruce Jennings to the status of King Carrera and tuned Sir Stirling Moss' Formula One cars in the '60s. Don't miss out!

This car comes with a clear title and is ready for export.

I am a 356 and Early 911S Registry member with an eBay Feedback Rating of 100%, so bid with confidence. Please ask any and all questions, they will be answered quickly and honestly. Please see our other auctions here for more hard to find Porsche parts, or shop the Unobtanium Store for even more Porsche parts and restoration supplies! 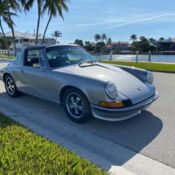 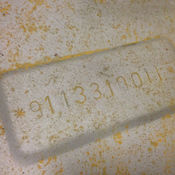 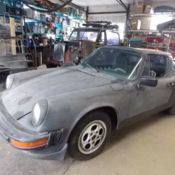 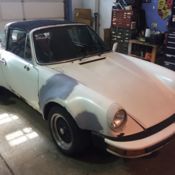 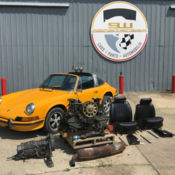 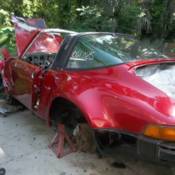 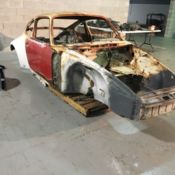 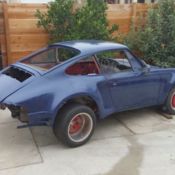 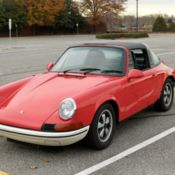 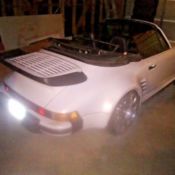