This is an early factory built Beck replica of the Porsche 550 Spyder which is titled in NY as a 1955 Porsche. Original paint is a little tired as is the leather interior however it does exhibit the patina that an original 55 might show. It has been driven approx. 19k km but the original somewhat anemic drive line was replaced a few years ago with a Fat Performance Type IV/Porsche engine along with a Rancho Freeway Flyer gearbox. Not a lot is known to me about the engine but it does include twin Delorto carbs, electronic ignition with coil pack and a large oil cooler with thermostatically controlled electric fan. More recent additions include front disc brakes, new Goodyear performance tires, battery and mini starter. All original gauges are functioning along with lights, wipers and the panel includes locking ignition, 4-way flashers, e-brake light, oil pressure light and indicator lights for two cylinder head temperatures. Wheels are original chrome which is a little tired in spots along with a new and installed chrome spare. Chrome moon caps and extra Porsche signal lights are included. Also brand new is anquality convertible top with bows from Special Edition along with the corresponding side curtains and originals and an original head rest which will have to be painted.The car shows no evidence of previous collision although the rear hinge area could use a little fiberglass work but it is not structural in nature. This little car seems to start and run quite well and although I have not driven it much I can say that this is one of the best performing Becks I have been in. Again, this is a Fat Performance Type IV engine which is nothing like your normal VW engine. Engine is pretty tight but does exhibit a small rear seal leak when parked, about a dime size in a week. Exhaust is pretty tight with dual mufflers and outlets. An unusual item is the original exhaust heat outlets plumbed into the car with a valve for each however because of the lack of heater shrouds on the engine they are bot connected. Because the car is not currently registered there will be no rides given and as always, no test pilots. I have two of these cars and when one sells the other will be removed from auction. 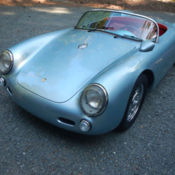 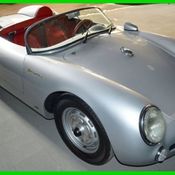 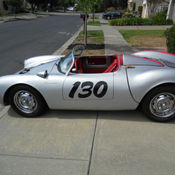 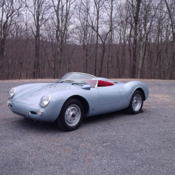 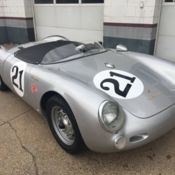 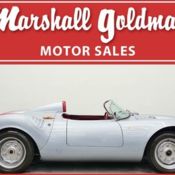 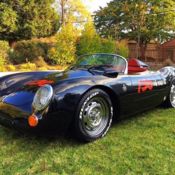 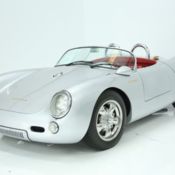 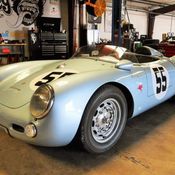 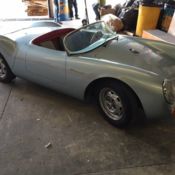