What did you do in 1973 when you wanted a muscle car but had a wife and two children that you still had to move around? Pontiac made it simple for you, you sat down at the dealership and ordered a Grand Am. All the looks of the 1973 GTO, and in this case four doors to make everybody's life easier. Muscle car looks, check. Bucket seats, check. Console with floor shifter, check. 400ci Pontiac V8, check.

Exterior
General motors had the Colonnade body in full affect in 1973 and this car is no exception. Bathed Desert Tan showing some cracking, aging and patina but still minding it's gaps well, this car still has throwbacks to the muscle Pontiacs of the 60's. The beaked nose, grill work, and long hood are all there. A brown vinyl top covers the roof and presents in good condition, however, the rear around the back window is starting to show signs of delineation and prior repair. An Endura styled front bumper hangs below the beaked Pontiac grill assembly and on the tail is a chrome rear bumper that is very subtle with only the hints of crash standards to come, a small black rubber strip. Grand Prix body lines abound on this car and give a hint of luxury to add to the performance image.

Interior
Swinging doors open we are greeted with a vinyl saddle upper door section with an almost belt like door pull assembly on the upper section and the lower section of plastic that has either faded to green or has been replaced. This lower section contains controls for power windows in an odd but ergonomic shaped saddle bump out. This technicolor differentiation does not repeat itself on the rear doors as they are saddle through and through. Saddle vinyl colored bucket seats provide seating arrangements for the front seat passengers and a console with floor shifter reminiscent of a Firebird or GTO sits in between. A rear bench seat in saddle vinyl sprawls door to door. The three spoke rally style steering wheel sits at the end of the steering column in front of the original dash containing various round gauge pods and round HVAC vents. Heater controls sit center and below an AM/FM radio fills out the control section of the dash. Saddle colored carpet sits below with vinyl floor mats to protect it and the saddle headliner hangs above. Very 70s and very muscle car.

Drivetrain
400 cubes of Pontiac power greets us when we open the massive hood. Topped with a Rochester 2bbl carb, sporting power steering and air conditioning this mill makes 185hp. On the back is a TH400 3-speed automatic and backing things up at the tail is a 10-bolt axle with 2.93 gears.

Undercarriage
A solid frame and floors show very well with their factory applied undercoating. Only minor surface rust has begun to show its head on a few of the crossmembers. Up front we see coil spring independent suspension and power front disc brakes and on the rear we see a 4 link with coil spring suspension providing the ride along with power drums. A stock style single exhaust system snakes its way from the engine to the tail of the car.

Drive-Ability
Our resident muscle car expert/decoder got this hot rod up and running by installing a new shifter cable as the original was melted and seized. A twist of the key in the poncho fired to life. Performance was adequate, albeit rather impressive considering the government mandated smog and low compression engines of the time. All functions worked well and although it was chilly on our drive the AC compressor did engage when we turned it on. Braking was bias free and all in all we were impressed with the ride a four door muscle car.

Some PHS documentation included makes this four door pseudo muscle car a little more special than most. A decent body, presentable paint, and a surprisingly cool interior for a four-door gives you everything you need to feel like you're driving muscle while you haul the family around town. Adding 400ci of Pontiac power and what more can a working dad ask for? 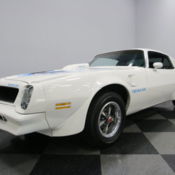 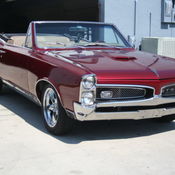 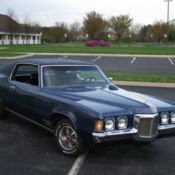 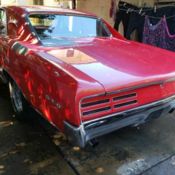 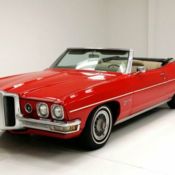 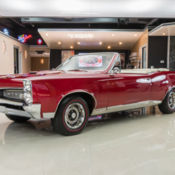 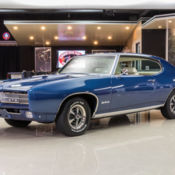 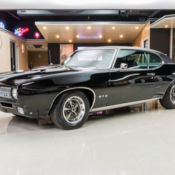 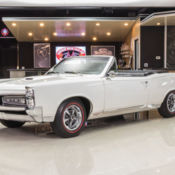 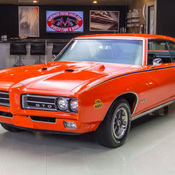