For sale is a very rare treat- a (mostly) original, one-owner, 72k mile 1974 Grand Am from Colorado with minimal rust!Even better- it's a 4-door (3122 built) with the optional top-dog 455 (7.4 Litre) engine!This car was bought new at Johnson Pontiac in Colorado Springs, Colorado on August 5, 1974 and used continuously until 1990, when it was taken off the road and its registration left to expire. The car sat until 2008, when the original owner sold it to a Pontiac collector (accumulator?) outside of St. Louis. He got the car running, but didn't go much further, as the Grand Am didn't fit his passion for GTO's and Firebirds. So he sold it on to me in Louisville, KY. earlier this summer. The car was running okay, but needed a good tuning and attention to plenty of fiddly things that go sideways when a car sits for years. My plan for the car, as weathered as it is, was to maintain and preserve as much as I can, to replace only what was truly necessary (such as the mid-1990's BFG T/A tires) to make the car a solid driver and an excellent candidate for HPOF (Historic Preservation of Original Features) classes at shows and concours. The car now runs like a top; stope, steers and handles almost as good as new (I should know- I've had plenty Grand Ams) and is ready for its next loving owner to care for and preserve it for the future.
Work done:New Motorealm fiberglass nose installed, but not painted. Fits fine, but could use some minor adjustment if removed for painting.Fuel tank and lines cleaned outBrakes bledOil changed (with proper PF24 filter) twice.Carburetor adjusted to run properly at low altitude (likely needs rebuilding, though)New ACDelco Gold 42-month batteryNew reman alternatorFull cooling system flush, including heater coreNew headlights (Sylvania Silverstars, originals were long gone)Replace both front and one rear side marker with NOS parts (originals faded to clear)Front marker socket replaced (original had short)Shift indicator replaced with NOS partNew mahogany veneer to replace radio surround, clack surround and console door piecesMahogany veneer added to main dash panel to cover badly faded vinyl originalHorn relay and one horn replaced with working OEM partsHood release cable replaced with OEM partHeadlight switch replaced with OEM partReplaced all dash bulbs with new 194, though some only light when they feel like itNew thermostat and gasket- not installed, one in car working perfectly, regardless of outside temperature.New exact reproduction inside rearview mirror- original cannot be tightened and delaminating; but included with car
The good:Mostly rust-free car. Underside shows surface rust, but all parts come apart and go together very easily.Ultra-rare automatic rear load-leveling. NOT the regular air chocks with the nipple by the license plate. May or may not workCar has original exhaust, though there are rust holes, mostly in mufflers and behind. Still very quietSix-way power seat works! All six ways!Power windows all work!Power locks work, but need encouragement to unlockInside trunk release work flawlesslyAll delivery paperwork including original window sticker (most of it) and under-seat build sheetRegistration and inspection sheets suggest mileage is accurateClear, open title signed by original owner, ready to be transferred to 'legal' second ownerSpare parts including: lower seat trims, color-matched to interior extra sets of ignition points extra set of window seals- still used, but MUCH better than what's on the car parts removed from car (except previous reman alternator core) OEM front plate mount, with second 1990 plate (las registration) NOS rear speaker grilles A/C belt (original removed due to noisy compressor/clutch) Pair of VERY used trunk side filler panels- part of trunk dress up kit (not original to car)
The bad:Car was parked in carport in Colorado for 16 years- paint is, well, roached. Worse on left side than rightOnly rust I could find was small hole in and pinholes along bottom of left rear quarter. Pinholes repeat on right quarter. Also a hole in dogleg behind rear door on left side. Bubbling starting along lower edges of trunk lid.Bad repair work failing at tops of both C-pillars- bad lead work and bad repaint shinier than rest of car. Wish I knew the story on thisCloth upholstery has dry-rotted, especially the non-corduroy panels (very common in these).Tear in headliner over right front seat- unfortunately perpendicular to seams, and stretches across two panels.Window seals badly worn and torn, but decent used set included with car.Trunk seal is toast.Lower door seals should be replaced, but not terrible.HVAC only works on 'Heat' setting, fan only on high setting. But temperature selector works perfectly.Right front window slow, left front fin, but need assistance the last two inches up.All inside metal surfaces had a film of rust. Rust is gone, but there's still some pitting.Cruise control not tested as button is frozen in stalk.Turn signal stalk has excessive play forward and back, but dimmer mechanism still works fine.AM/FM radio not working.
The car is very drivable- I've taken it on errands all around the area, as well as some 7mph blasts on a nearby highway. You COULD drive it home, but you should NOT. Unless you're local (Louisville, KY). The cost in gas alone would be terrible. You'll have to arrange your own shipping, but I'm happy to assist getting to a pick-up point or such.
I am NOT a dealer, just a Pontiac nut with a very special Grand Am for sale. No, I will not finance you. If you use 'Buy It Now', you've bought the car. An immediate deposit of $750 via Paypal is required at the end of the auction with the rest due by other means within seven days. Cash is always welcome.If you have ANY questions, please message me! 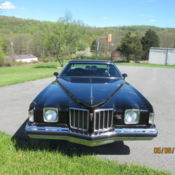 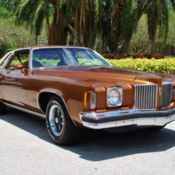 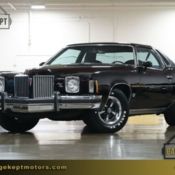 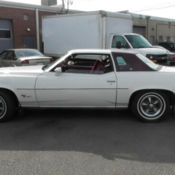 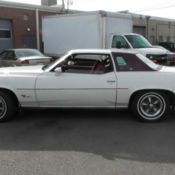 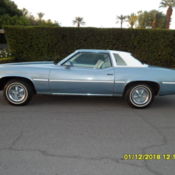 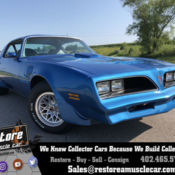 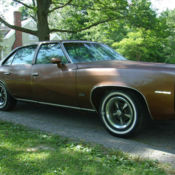 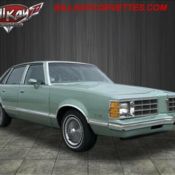