STK 2831 1967 Pontiac GTO
Few cars in automotive history have garnered as much popularity during their first generation as the Pontiac GTO. From a low-key start as an option for the Tempest sedan in 1964, to the iconic 1967 GTO, this first generation Pontiac muscle car was a history maker. This all-southern 1967 GTO is a stunning example of an original "Goat" that has been in the possession of the current owner for the past 9 years. (He has provided a ream of documentation including the original window sticker and build sheet.) The exterior received a complete restoration in 2012 including a 2-stage re-spray of original Signet Gold finish. The vinyl top and all chrome are outstanding and the black vinyl bucket seat interior was fully restored and is in excellent condition. Our classic GTO is equipped with air conditioning, tinted windows, a gauge package and an aftermarket AM/FM/cassette stereo (original radio included). In 1967, Pontiac increased the GTO engine displacement from 389 CI to 400 CI. The standard engine produced 335HP and 431lb/ft of torque. The owner states that this is the matching numbers standard engine that received a rebuild in 2012 to stock specs plus a tri-power cam. It is backed by a Pontiac's 3-speed TurboHydramatic transmission with console shift. Power-assisted front discs and rear drums manage stopping. Factory correct 5-spoke Pontiac Rally wheels mount period correct redline radials. This impressive Pontiac GTO is going to make some new Poncho owner very proud. ALL VEHICLES SOLD "AS IS". 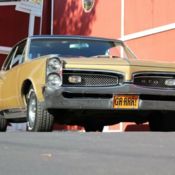 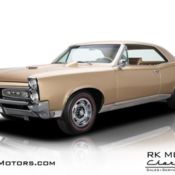 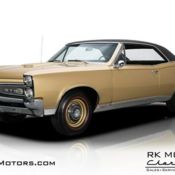 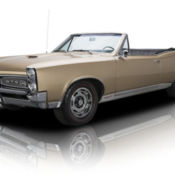 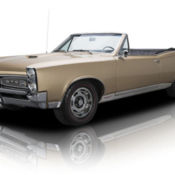 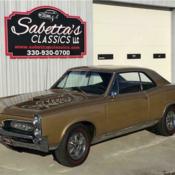 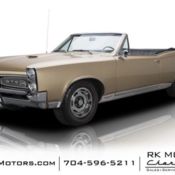 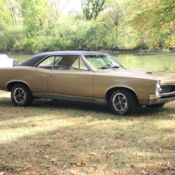 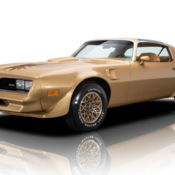 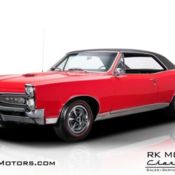