The 1994 Pontiac Firebird Trans Am 25th Anniversary Edition not only has pedigree, but also it's one of the most striking modern classics around. So when you can find a loaded and preserved example with its fuel-injected V8 and T-tops, and it's all for such an affordable price, then you know you've found a terrific deal.

This has always been a true collector's car from day one, so it's great to see that it looks like it has been treated with respect from day one. In fact, this has averaged less than 1,600 miles annually. The special 25th anniversary package is one of only about 2,000 ever produced. It starts with an Arctic White Trans Am, then some very unique striping was added from hood to tail. This has a blue center that fades into black on the edges for a very distinctive look that pays respect to Trans Am history while also adding some modern aggression. It's quite detailed on this special T/A, so the special stripe even is on the roof and large rear spoiler. Plus, the special 25th anniversary badging is correctly in place everywhere, including in the center of the distinctly attractive white wheels.

It's hard not to love this white leather interior, especially when its carefully maintained on this low-mileage modern classic. The white bucket seats even come with commemorative anniversary stitching in the seatback. The door panels have similar stitched inserts to match. These anniversary cars only came one way: loaded. This includes features such as power windows, power locks, cruise control, dual airbags, and tilt steering column. Plus, the air conditioning is blowing nice and cold, so you can keep the car cool even with the T-tops out. There's an upgraded Pioneer AM/FM/CD stereo that allows for nice upgrades like Bluetooth, a USB input, and the Rockford Fosgate powered subwoofer in the trunk. So you get the best in modern music in this well-preserved Trans Am.

A modern classic also offers modern fuel-injected power. The high-performance Trans Am got the 350 cubic-inch LT1 V8 from the Corvette program. This powerhouse was rated at 275 hp when new, and since this has a very stock and well preserved look, we doubt any of these ponies have escaped over the last few decades. More advantages of a modern classic include the convenience of a four-speed automatic transmission, which provides enough gears to be quick off the line, as well as cruise comfortably on the highway. Plus, with four-wheel power disc brakes, ABS, power steering, sway bars front& rear, and a limited slip differential, this is one fantastic all-around driver.

This is a significant piece of Pontiac history that has been preserved correctly. It even comes with the right paperwork, like the original window sticker, special owner's manual packet, and maintenance records. So if you love a rare, powerful, and important Pontiac, call today! 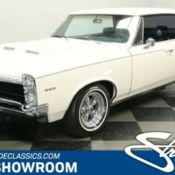 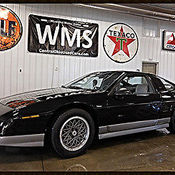 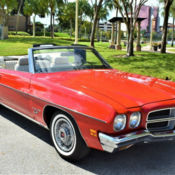 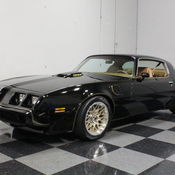 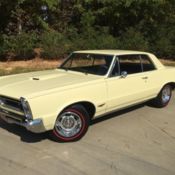 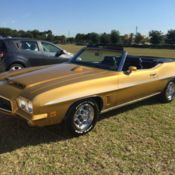 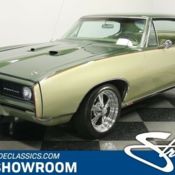 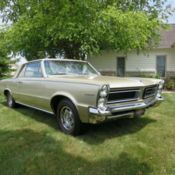 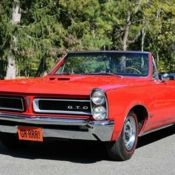 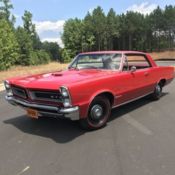