With a magnetic exterior color draped over its agile muscle car form, this 1968 Pontiac Le Mans GTO Tribute is a veritable attention magnet on wheels. It wears an assortment of badging to mirror the appearance of the top tier Pontiac street machines of its era and is harboring period correct power underneath its hood, along with some well-chosen interior upgrades that make for an inspired driving environment. Debuting in '68, this Le Mans ushered in... the second generation of its manufacturer's A-model body, and as a result shows some marked changes from its predecessors of just a year before, with its much more curvaceous form, shortened wheelbase and distinctive, semi-fastback rear roofline. Because the model had become increasingly popular with performance enthusiasts over the years, its manufacturer also lowered its stance for a more favorable center of gravity to pay dividends as far as handling was concerned. Those inspired modifications paid off, netting the Pontiac GTO Motor Trend Car of the Year honors. This classic ably captures the magnetism of the model - its bright blue paint is looking solid, as are its front and rear bumpers and collection of body trim. Consistently precise body alignment shows off all those changes GM made some 50-plus years ago to good effect and the glass surrounding the cabin is clean, with a nice dark tint to it. An array of GTO badging provides an effective nod to this car's top tier inspiration. Inside waits a very compelling vintage driving environment, featuring an overall factory appearance with some well-blended modifications entering into the mix. Both the front buckets that straddle a downright pristine center console as well as the rear bench seat are in fine form, with well-fitted black vinyl covers that don't show much wear at all - the carpeting just below is looking clean as well. A trio of white-faced gauges now sit in place of the originals behind a woodgrain steering wheel - they look great in this setting and all of them are functioning just as intended. The radio-deleted appearance of the dash adds a clean, custom look and an iPod hookup has been added to access your personal audio library, which will receive some serious heft via a pair of subwoofers mounted in the trunk. In back, the trunk area is nice and roomy, with well-prepped inner fenders and wheelhouses that are very solid. Just below, the underdash climate control system is running in top form - you'll have no issues getting comfortable as warmer weather approaches. Lurking below the hood is a period correct 400 cubic inch V8 that's armed with both an Edelbrock intake manifold and a Holley 4-barrel double-pump carb to up its performance, as well as a number of chrome components for added eye candy inside the compartment. The engine pairs with a 3-speed automatic transmission to provide a low-effort, high-reward driving experience that won't leave you dreading stop and go traffic any more than you already do. The suspension has received some substantial upgrades to improve both ride quality and handling, including a Hotchkis sway bar up front and trailing arms and premium springs in back. Power steering makes for easy navigation, while power disc brakes in both front and back afford easy, fade resistant stops as this coveted muscle car cruises on its set of 15" Pontiac Rally wheels outfitted with Goodyear Eagle ST tires. With its outstanding curb appeal combining with period correct power and an upgraded suspension to yield optimum handling, this 1968 Pontiac Le Mans GTO Tribute will quicken the pulse of any muscle car fan. Call today! 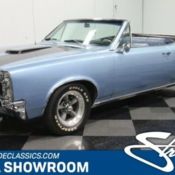 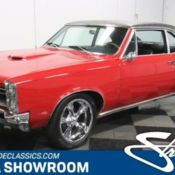 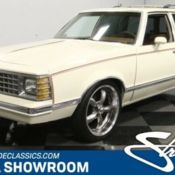 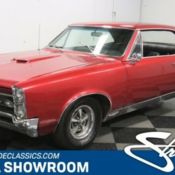 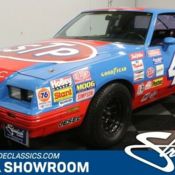 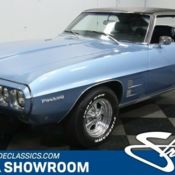 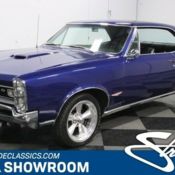 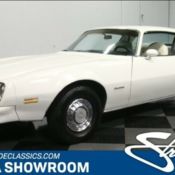 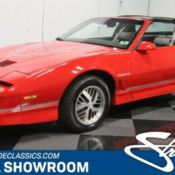 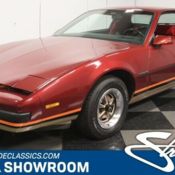