1989 TURBO TRANS AM, UNDER 9K MILES, ORIGINAL CONDITION, HAVE ORIGINAL TIRES AND WILL INCLUDE THEM WITH SALE. I'VE THE CAR CAR FOR ABOUT FIVE YEARS AND IT HAS ALWAYS BEEN KEPT IN A GARAGE EXCEPT WHEN DRIVEN TO CAR SHOWS OR CLUB OUTINGS.
Please contact me if you have any questions.
This is the limited-edition 1989 20th Anniversary Turbo Trans Am (TTA). This vintage Pontiac features a V-6 that managed to out-power all its contemporaries. The TTA's turbo-charged and intercooled OHV V-6 3.8-liter engine, which had earlier found fame in the Buick GNX, was very conservatively listed at 250 horsepower and 340 pound-feet of torque. By comparison, the Firebird Trans Am GTA from the same year only managed 235 horses from its larger and heavier 5.7-liter V-8.

This is car No. 1431 of only 1,555 20th Anniversary Trans Ams built, all were white and featured four-speed automatic transmissions. They were the official pace car of that year's Indianapolis 500. They were the fastest accelerating production car sold in the U.S. at the time with a 0-to-60 of only 4.6 seconds.

THIS CAR IS SOLD AS IS. THERE IS NO WARRANTY OF ANY KIND, EITHER WRITTEN, STATED OR IMPLIED. 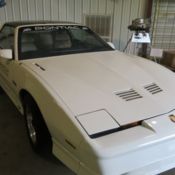 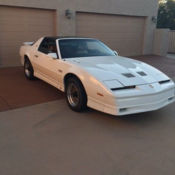 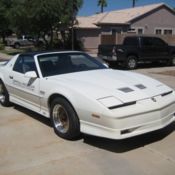 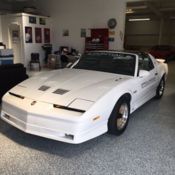 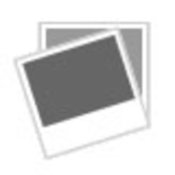 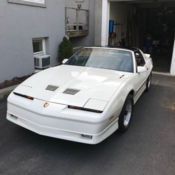 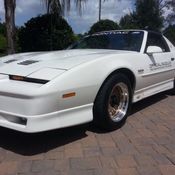 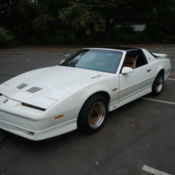 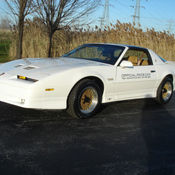 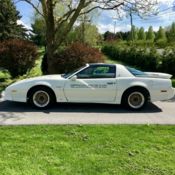