1964 Pontiac Catalina 4 Door Sedan. ORIGINAL and UNRESTORED. Just over 44,000 original miles. Had 25,000 on it when I bought it. I bought it from the original owners son. The father had bought it new at Williams Pontiac in Boyertown Pa. He died in 1966. His son's used it as a spare car. I've owned it for 16 years. It was in the AACA HERSHEY ANTIQUE CAR MUSEUM from May to October 2017, for an Exhibit on UNRESTORED cars. It was titled Garage Finds. When I bought it, it had 25,075 miles on it. It's now about 44,000. It has PS, PB, CHROME DECOR PACKAGE. All Original interior,except for Reproduction Floor Mats. Bias - Ply Tires. Original Spare. RUST FREE. Runs Beautifully. a 389 2 barrel, with an Automatic Transmission. Painted Marimba Red with a Cameo Ivory Roof. Original Chrome. Very Nice Steering Wheel. Doors close with a nice solid Click. Great car to enjoy. If you love PONTIACS or ORIGINAL cars this is it. Never saw snow or,salty roads. Has won several awards, including a GOLD SURVIVOR AWARD from the Pontiac / Oakland Club. It scored 385 / 400. It has also been certified HPOF at, Hershey. That stands for Historic Preservation of Original Features. Also Two Best Original UNRESTORED car awards at the HCCA Historic Car Club of America, back to back. The Right Front Headlight Bezel will need to be replaced. Never smoked in. Has the books also. More photos of the chassis have been added. It will need an Alignment. Very Solid underneath. Has two New Tires. 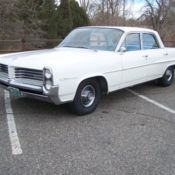 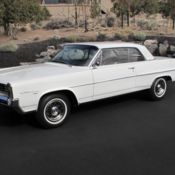 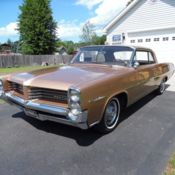 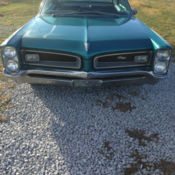 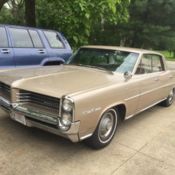 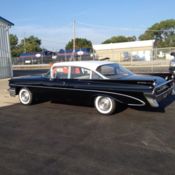 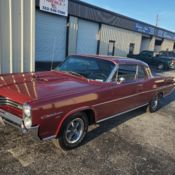 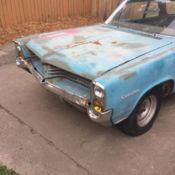 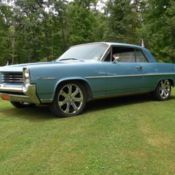 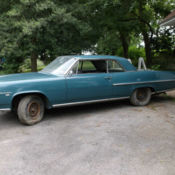