1972 Firebird Formula 400. Lucerne Blue. 82,480 miles. 400 CI engine w/ Turbo hydramatic transmission. The car is well documented, including the original letter from General Motors to the buyer. Pontiac Historical Society (PHS) documentation is also included. Only 29,951 total Firebirds (and only 5,250 Formula models, including both the 350 and 400 CI motors) were produced in 1972; making 1972 Firebirds the rarest of any production year, by far. I purchased this vintage Firebird in 2012 and had it partially restored. The car was re-painted in 2016 from Brasilia Gold to Lucerne Blue (see photos). Body work was undertaken to remove rust around the wheel wells and aluminum trim and then rebuild the wheel wells. The Cooper raised white letter tires were purchased in 2012 and have fewer than 1200 miles on them. The car runs well and is serviceable as a daily driver. All instruments work, except the clock. The seats and covers are original except for the driver's seat which was re-covered in 2017. The brakes were completely overhauled in 2017. The front seat-belts were replaced with after-market lap and shoulder belts for improved safety. The frame is straight, as is the alignment of trunk, hood and doors to body panels. The motor and transmission are original equipment. The front windshield was replaced in 2012. The factory-optioned 8-track tape player works but recently began to "eat tapes". The radio and speakers were blown when I purchased the vehicle and replaced with period correct products.
The car is offered "as is" with no warranties specified or implied, however bidder arranged inspections are permissible while the auction is active. The buyer is responsible for delivery and shipping expenses, as well as any applicable taxes and fees. Title will be conveyed from seller-to-buyer upon receipt of the full purchase price. A non-refundable $500 down payment must be received within 24 hours following auction close and the balance due received within 7 days of the auction close. Certified funds or cash in person are accepted forms of payment.
Please contact Tim at (256) 682-8106 (voice or text) with questions or requests. 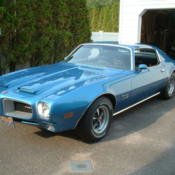 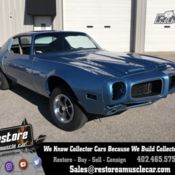 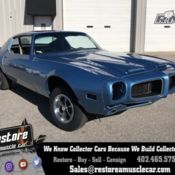 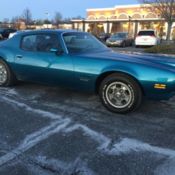 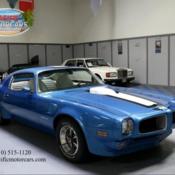 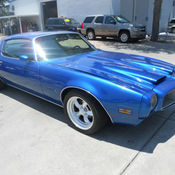 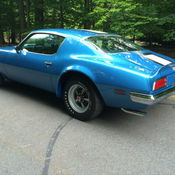 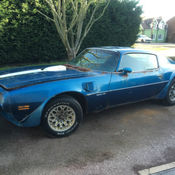 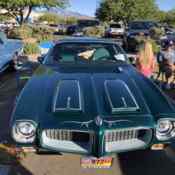 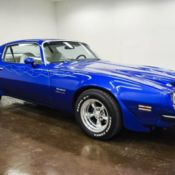