A rare car. Was told only 1000 2tones made that year.Starts and drives. Sitting last 5 years, need to goover. I drove and got it up to 80 mph, no strange shimmy's or shakes. Engine and trans aregood as the engine runs, has no unusual noises, doesn't smoke, haspower, the trans shifted fine, also no noises or jerks or slippage, all oils and liquids in car check out, I am not a car guy persay and never drove a turbo before, the gauges all work.I was told the turbo was rebuilt, don't know any details.I would consider it a project althoughit runs goo, a brake line in rear was replaced I'm sure theothers should be, no leaks, car leaves no puddles or noticeable drops. Some oil on engine from leaky valve cover. The gasket looks to have been replaced, I found 2 loose bolts on end ofvalve cover and tightened them, I believe leaking has stopped. Car is far from perfect, body has dent in front drivers fender, a ding on corner of front bumper drivers side and rust spot on divers side. But not rot or body parts crumbling off. The drivers side is the worst you can see all I mentioned in pics. Passenger side is unscathed. Trunk is good, engine compartment is good, underneath is darn good with no major rot that I can see just some rust. Interior isn't the best, you can see in the pics. Drivers seat is power and works, passenger seat is the best, back seat is good except the sun damaged the top of it and it has splits. The power top works, the back plastic window is gone, there is a brand new replacement window in box that goes with it as well as parade boot or well cover. The ribbing on the back top rail on (once again drivers side) is loose andis split. I was gonna try to glue maybe a smear of black silicone caulk but I decided to let you do whatever.I don'tknow, oh muffler is a bit loud, there's newer section of pipe in the middle, so some exhaust work is in order, but nothing is hanging down or loose.Hideaway lights don't work, aircondition either, heat works but blower doesn'tblow hard, tired blower motor? No squeals or noises though. Radio works not sure on cassette, has tilt wheel. 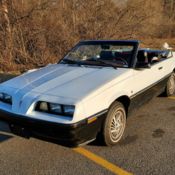 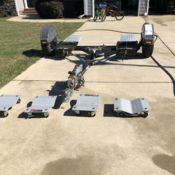 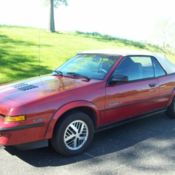 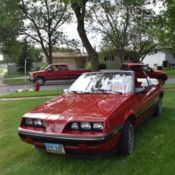 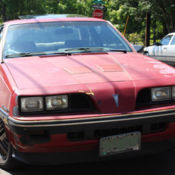 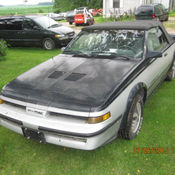 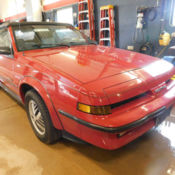 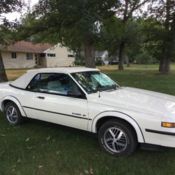 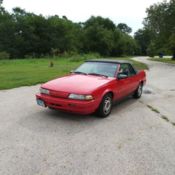 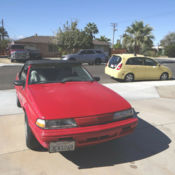