Hi, So I lost my job, then found a new one 1000 miles from Houston and have to relocate and the bird isn't coming with me. I love this car but It's time she went to somebody who has more time to work with and drive her. So here goes...
GOOD
1968 Pontiac firebird 350 with high lift cam installed and motor professionally rebuilt around 2009, new holly 650 carb, holly electric fuel pump, 15 gallon stainless fuel tank in original factory location, 4 core aluminum radiator, huge electric fan with custom controller,aftermarket AC, tko 650 five speed manual with the lower overdrive ratio, 12 bolt posi track rear end with 4:11 gears out of a 1966 Chevelle with traction bars, reproduction rally 2 rims and low miles on the tires, painless wiring harness, led tail lights, led turn signals, led side markers, led dash lights, Black leather seats from a 2004? monte carl, POR15 coating on the floorboards, stick mat type insulation on floorboard, doors, and rear quarters inside, Originally was a blue on blue car but was this color when I purchased her and proceeded to have the motor rebuilt. Comes with original 4 speed muncie and seats.
NOT SO GOOD
needs a new speedo cable as the needle is jumping about.
front right highbeam light took a rock and has a bullseye
front right blinker wont function when headlights are on (I think its a bad ground)
modern radio made to look like the classic one was not worth the ... its not working.
When the painless harness went it the AC was not wired back up... annoying, and I have not had time to plug it in.
Theres a rust patch under the driver floorboard....that's the only rust on the car... literally everything else is spotless.
It's manual steering at the moment but I will include the correct power steering pump with the car.
The front kick panels are aftermarket and junk... really, the speakers are out of them right now and I would just replace the panels with some better ones that can be found on ebay.
The rear sail panels inside have let loose...they are cheap, or you can get some 3m spray and stick them back up on your own.
And thats it... this cars quite fun and very fast. When it had stickier tires it was capable of lifting up the front end on launch...and that was before the transmission swap so now it has an even lower first gear but a .64OD 5th gear. I recommend towing her home or to your mechanic as I have not really driven her that much in awhile and the registration is expired. 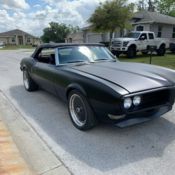 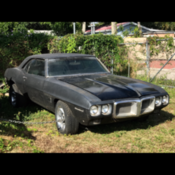 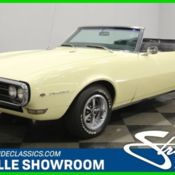 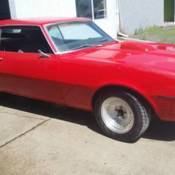 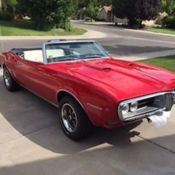 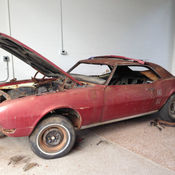 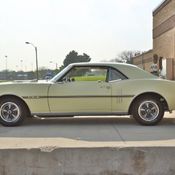 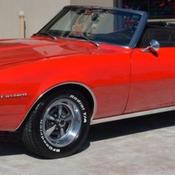 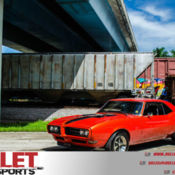 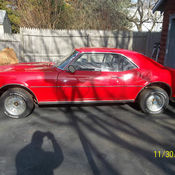