This 1961 Plymouth Fury Sedan is already the kind of early 1960s vehicle that gets attention for its beautifully intricate style. So it's sure to attract a crowd even before you tell them how much of a survivor this is. It's believed that every major component you see it is straight from the factory, including the paint, interior, and the 318 V8.
It's amazing that a car can go well over half a century and still look this stunning. But this Fury deserves it, because it's such an intricate design. The grille is bisected by curved sheetmetal and trim that curves around the side. In fact, the trim line continues like an almost unbroken piece down the profile until it reaches the trunk. And back here, this has a more intricate design than most 1960s cars had on the hood! The rear fenders were redesigned for 1961 where the tailfin age was replaced by a true rocket age with the rear end scalloped just so those missile-like taillights could be mounted within them. Today that makes a sedan that's distinct, beautiful, and absolutely worthy of this level of preservation. The story we're told is it was bought new in Northern Michigan. Ziebart rustproofing was applied in its early years from the factory to help prolong the life of this Fury. It spent 35 years with the first owners as their second car, so it was both well-preserved and the mileage was low. Their neighbor was an enthusiast who worked for the local Chevy dealer, and he became the second owner in 1996. It was such an amazing survivor that he wanted to for showing. And the few owners since him have all been collectors who have been attracted to the level of preservation, and they have made sure this Plymouth stays like a time capsule. So the Bronze Metallic paint is not only believed to be the same application that the Detroit factory gave this sedan, but also it has an amazing shine to really impress anyone who sees it. Plus, there's just the right amount of textures to really show its age correctly. All the brightwork is complete and stunning from the wraparound chrome bumpers, to the classic Fury script badging. Yes, even the low odometer is believed to reflect the car's full actual mileage. In fact, the only piece that you may find that's not original are the tires, but you need fresh/bright whitewalls to go with the white roof.
More of that distinct and original style is seen inside. The 1960s were all about harmonizing color, and so the exterior bronze returns on the doors, dash, and seat vinyl. The white even is there for accenting again. Of course, what people will really marvel at is the intricate cloth inserts of those seats. It's all believed to be original, and the level of quality is truly a time capsule. Plymouth wanted you to know that the driver is king, and so this has a special bench with extra high-back comfort just for you. It's a unique piece of design that you'll love showing off. Another part that's absolutely worth showcasing is the space-age dashboard. It looks like the designers built you a rocket ship to fly over the boulevards. And this one is complete, from the working AM radio to the push-button transmission.
The engine bay has a highly authentic look just like the rest of the car. This 318 cubic-inch A-series poly V8 is believed to be original to the car, and its presentation really shows it. But there's also a little secret here. The consignor states the engine was pulled out in 2016 so it could be resealed and given fresh paint. The heads were also pulled and reworked to accommodate unleaded fuel. That way this show-ready Plymouth can really be driven to the car shows. In fact, it was even driven in 2018 from the Atlanta area to a Nashville event, and the sedan performed like a great highway-ready classic. Its drivability is also because it has the features you want, like power steering and a Torqueflite A727 three-speed automatic transmission.
The sale comes with terrific documentation, including the original dealer invoice, original warranty card, owner's manual, and service manuals. This is the beautiful classic that also has an amazing story to tell. If you're looking for a piece of history that deserves to be showcased, you may never find one better than this Fury. Call today!!! 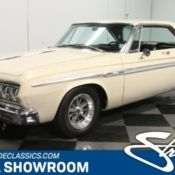 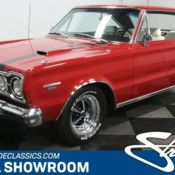 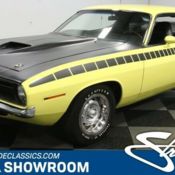 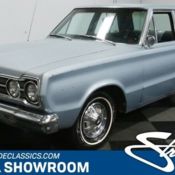 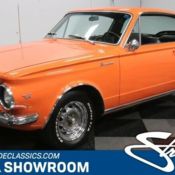 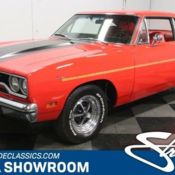 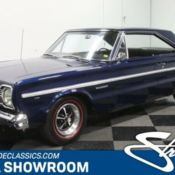 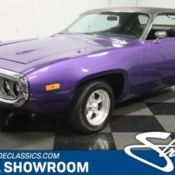 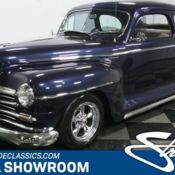 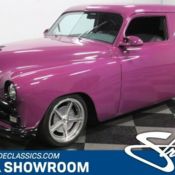