Galen Govier GTS decoded, documented and registered 1 of 7 plymouth belvedere 2 station wagons built with a 361 and a 4-spd in 1966. Also according to GTS, this is only one known to exist at this time and is likely the only one ordered in this color combination as well.

I bought the car out of Hemmings Motor News sight unseen in 1992. I lived in Chicago, the car was in San Diego. The guy who ran the ad was a mopar flipper and didnâ€™t title the car, so technically I could be seen as the 2nd real owner and have owned it for the longest time since new. Before the car shipped from San Diego a fresh 440, recored radiator, and a cleaned/detailed/painted engine compartment was worked into the car. The original 361 is gone. The fresh (in 1992) 440 I was told was built by DLI, .030 over, slightly lopey cam. something of a sleeper. I drove the car until mid 1993 and parked it in my shop space inside a steel processing plant near Grand & Western in Chicago. I had plans to â€˜doâ€™ this car, but then a myriad of other strange and rare cars passed through my ownership.

The car sat on jackstands, with no exhaust from 1993 until 2014. In 2014 I decided to revive the car with an upgrade of the front brakes to disks and rebuild the front suspension with new control arm bushings, ball joints, tierods, new shocks all around etc. I also put a new gas tank, sending unit, electronic distributor (no more points), new mini-starter, freshened the synchros in the a833, had the original-style Carter AVS freshened with an NOS rebuild kit, and rebuilt the rear brakes with new wheel cylinders, pads and springs. Actually most of the â€˜refreshingâ€™ work was done by an extremely generous friend while I was in a major transitional move to North Carolina in 2015. When the refreshing work was completed I received the car in 2016- it still had no exhaust. I recently (2019) bought a dual exhaust kit and have partially installed it. Also I have a brand new set of cat whiskers window regulators that are not installed yet.

Other points of interest: the original body color is 50702 Light Mauve - sort of a light metallic purple/pink - an incredibly uncommon color, which likely makes this car a 1 of 1. The interior color is Black. The front bench was recovered before I got the car, the rear seat is with the original covering and is tired - see photo. The original tailgate had window weather stripping issues long before I got the car, and was crusty at the bottom of the gate where water collected and rotted - see photos. So the original gate is unworkable. Sometime in the early 2000s I bought another tailgate, a rustfree arizona desert piece that is included here. Also included are another set of 1966 plymouth belvedere wagon doors (all 4), and an additional set of back wagon glass pieces. The spare tire well area is a bit crusty and not perfect but not at all gone and very saveable - see photos. There is also a hole in the passenger front door that was there when I got the car in 92 and I just globbed some por-15 on it to stop its progression, just another mystery leak that collected and created itself an escape long before I had the car - see photos. The Passenger doors are dented - see photos. A 1966 Plymouth shop manual for general body information and a 1971 Mopar shop manual for referencing 440 related questions before the internets. There are also a myriad of other trim pieces and small parts collected over the years that will go with the car as well.

Iâ€™ve been through a number of other cars and projects over my time and I always held back on this one for one reason or another waiting for â€˜the right timeâ€™ and to give this car the respect it deserves. Now I have even less time for it than ever. I canâ€™t stay on it any longer. Someone else needs to enjoy this car now.

Also in the works is procuring and decoding the official IBM card from the Chrysler Historical Services division (which is currently working under a seriously diminished and delayed capacity due to the Covid situation).

Car will need to be shipped.

Car will need to be picked up and not driven home unless you have a chaser crew.

Car is AS IS and WHERE IS with no warranty expressed or implied anywhere for anything.

Would really like to keep the fees for this transaction at a minimum, and would prefer the bulk payment be worked through a wire transfer, cash or similar method. 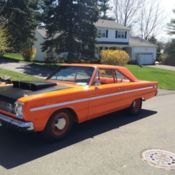 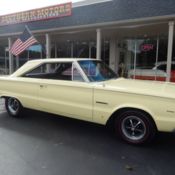 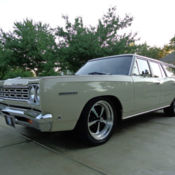 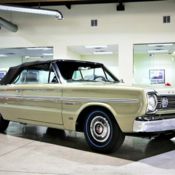 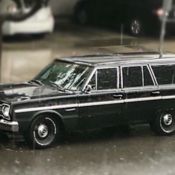 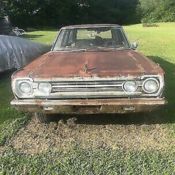 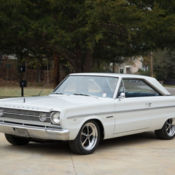 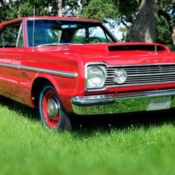 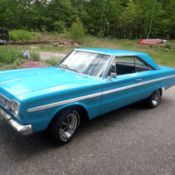 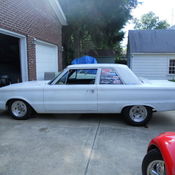