There are very few words more fearsome in the pony car world than 'Cuda. So it's almost irresistible to find one like this 1973 Plymouth 'Cuda that blends original style with even more muscle under the hood.

Owning a 'Cuda from this era is a bit like entrance into an exclusive club. By 1973, higher insurance premiums were killing muscle car production numbers, and Chrysler always had lower figures then the rest of The Big Three, so these are rare. Combine this with Mopar's traditionally long option list, and the 'Cuda camaraderie is often about the few ways owner's cars are alike because each is very rare and unique. The VIN tells us this one is a real-deal 340 car. So it boldly announces this on the black hockey stick stripe that shows up so nicely against the yellow paint. It's this same black that gives the ducktail spoiler and black vinyl roof such a premium appearance. But it's truly an aggressive machine, right down to the details like the hood scoops and the red grille accents that look like the glowing eyes of a hungry wolf. This one has led the life of an enjoyed weekend driver, including the wheels being upgraded to larger 15-inch torque thrust-style Eagle Alloy units with extra meaty rear ones for better street performance.

The moment you slip into the high-back bucket seat, it feels like 1973 all over again. The black interior feels correct-spec from the door panels to the headliner. This has nice details like a working AM/FM radio and it was even a factory A/C car (currently removed for performance.) You've got the driver-oriented center console with the desirable Slap Stick shifter sitting boldly in the middle of the wood veneer. The dual-spoke sports steering wheel feels simple, direct, and effective. It gives you a great view of the factory gauge package. It's also now that you spot the interesting upgrade. This coupe is outfitted with auxiliary readouts, including a large AutoMeter tach with shift light. It's a clear indication that something special is going on under the hood.

The optional 340 cubic inch V8 was a vital upgrade because it was built for performance in mind, and in this 'Cuda, it symbolizes the end of an era. Not long after this coupe left Chrysler's Detroit/Hamtramck factory, the first energy crisis began to close the book on powerful American V8 cars. So, just to make sure this performance motor is running at its full potential, there are added enhancements such as a Powermax camshaft by Crane Cams, Holley double-pumper four-barrel carburetor, Edelbrock Torker 340 intake, and Accel super coil. All of this presents extremely well in the engine bay, including the bright valve covers with the classic Mopar Direct Connection stamping. You better believe this one make a menacing noise with the power enhancing long-tube headers that feed the H-pipe dual exhaust. You also have the stout A727 Torqueflite three-speed automatic transmission, power steering, and power brakes w/discs up front.

There were less than 10,700 'Cudas built in 1973, and far fewer have survived today as nicely as this one. Buying this speedy Plymouth means you're a member of a rare Mopar club, and considering the exclusivity and performance you receive, the dues seem quite reasonable. Call today!!! 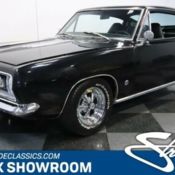 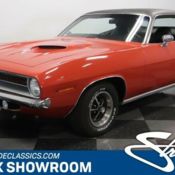 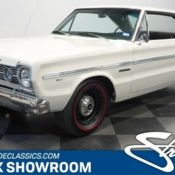 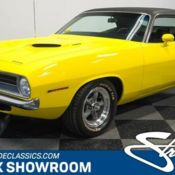 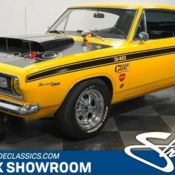 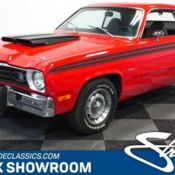 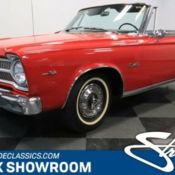 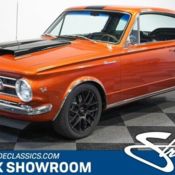 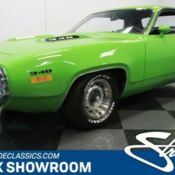 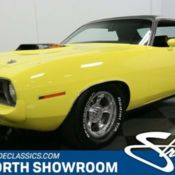