Up for your consideration is a Great example of a 1965 Plymouth Valiant now equipped with a 340 V8 engine and a A833 4 speed transmission. It also has a 8 3/4 3.32 sure grip rear axle in a 489 carrier. This car was built and assembled in Southern California and is just about as rust free a body as you will find. It left the factory as slant six with a 3 speed manual transmission. It was later converted to a 340 V8 car and 4 speed trans was added. The correct 4 speed hump was installed. A new clutch assembly including flywheel, pressure plate and clutch disk along with a fresh throw out bearing and clutch dust cover. All parts needed to complete the conversion. The six cylinder K frame was removed and replaced with the correct V8 K frame along with the correct motor mounts for the 340 V8 engine. Surprising enough, the factory 1968-70 340 HP exhaust manifolds fit perfectly in the early A body engine bay with plenty of space to spare. Even the 90 degree oiladapter had plenty of room. The steel crank 340 engine with all the correct brackets and hardware look as though they came from the factory. We exchanged the points type distributer for a Chrysler Electronic unit and installed a Edelbrock 750 CFM. Carb in place of the original carter carb, for more power and torque. A New Dual exhaust system front to back with Flowmaster 40 type mufflers and tail pipes go from the exhaust manifolds to the rear bumpers with correct bends and turn downs. Car sounds Great !! As to the fuel system, it is New all the way. New fuel tank, sending unit, soft and hard lines to the new fuel pump and filters. Nothing left to change. The cooling system is also New. Fresh copper brass radiator. Top and bottom hoses with correct part numbers both going to the New Aluminum water pump and by-pass hose. This car is a radio and heater delete car, so no heater hoses to worry about. However we installed a fresh heater core if you decide to activate the heater unit at a later date. The engine has about 1500 miles on a complete rebuild and runs just Great.. As to the brakes. All new ! The rear brakes are drum type with all new components. We converted the front brakes to Disc type and this car stops like New. Again with all new parts from SSBS. We added a Formula S 1965 Barricuda steering wheel for it's good looks!! We had a heavy duty drive line built for the extra power the engine makes along with HD universal joints. The car is white with red interior. Great color combo !! We put New tires on a beautiful set of ET 5 spoke American style Mags.All the wiring front to back is fresh ! There is a ton of stuff I have left out, so please don't hesitate to call with any questions you may have. Call me at 858-414-6972 I'm asking 12000.00 for the car and that's a GREAT deal !! ( The car will ship free of charge to you at the buy it now price ) This car is just shy of being a Rocket Ship on wheels. Thanks for looking. 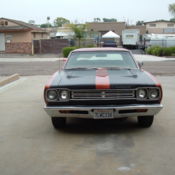 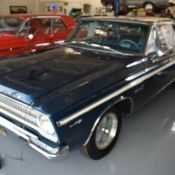 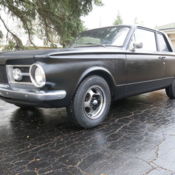 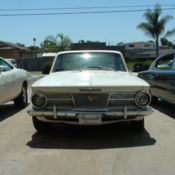 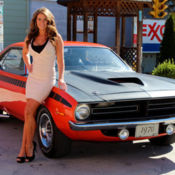 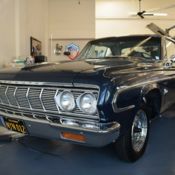 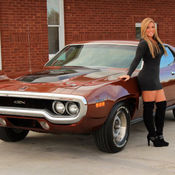 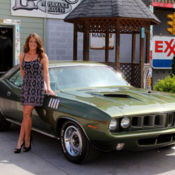 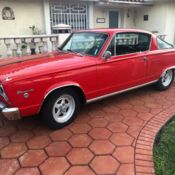 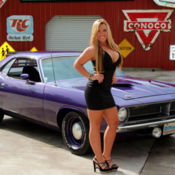