1970 Plymouth Superbird in Tor Red over White Bucket Seat Interior. Equipped with a 440ci Six Pack Engine mated to it's original 4-Speed Manual Transmission. This phenomenal Superbird has received a concours level nut & bolt rotisserie restoration that was completed in 2007. At the time of the restoration, the odometer showed 27k miles, believed to be original miles on the car, today the odometer shows just over 28k miles. The restorer states that when he purchased the car it had all original body panels and was a rust-free, untouched, never taken apart car in amazing condition. During restoration, nearly all components were rebuilt to factory specification, and the exterior was repainted in it's original High Impact color 'Tor Red', with 3 coats of PPG paint followed by 3 coats of clear. The painter estimates around 500 hours into prep and paint. The drivetrain includes; a Correct 440ci Big Block with Six Pack carburetor just as this car left the factory (as indicated by code E87 on the build sheet and trim tag), it's original numbers matching 4-Speed A833 transmission (code D21), and Dana 60 rear end with 3.54 ratio (code D56). The build sheet calls for this car to have a black bench seat interior, but the restorer elected to go with white bucket seats giving the car beautiful color contrast. Power disc brakes in front. Power steering. Iconic Hurst Pistol Grip shifter. The car is in absolutely stunning condition all around, with incredible attention to detail and originality. It has won multiple awards including; "Best Restored Muscle Car" & "Best Restored in Show" at the 2007 Grand National Roadster show in Pomona, First place awards from the 2007 Mopars at the Strip & West Coast Spring Fling, and given a Cover feature in the July 2008 issue of Hemmings Muscle Machines magazine, which includes a 6 page feature with commentary from the owner, restorer, and painter. The car runs and drives excellent. Comes with 2 factory build sheets and extensive photo documentation of the restoration. This outstanding collector grade Superbird is ready for a new home, please call for more details 916-387-9997. 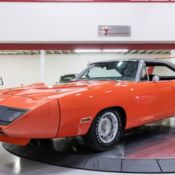 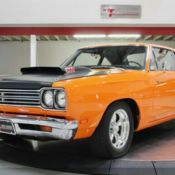 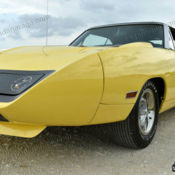 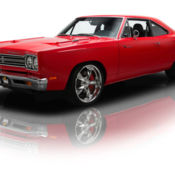 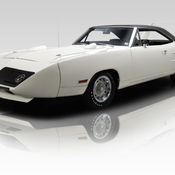 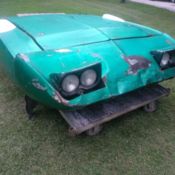 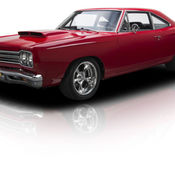 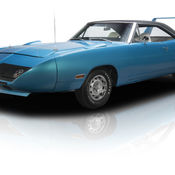 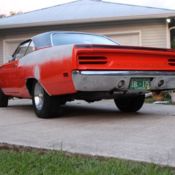 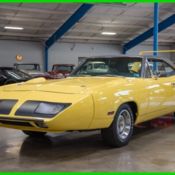