1963 Plymouth Savoy Max Wedge with one of fifty Aluminum Packages produced by Plymouth for 1963. This car has quite a history and is currently in mint showroom condition. When I bought the car about 20 miles were put on it from 1973 to 2014, the odometer is now at 6,595 miles, I put about 55 miles on it. I researched it and found a prolific race history and literally is the "ole lady from Pasadena with her shiny, red, super stock 'Plymouth'". The car was originally shipped to Milne Bros Plymouth in Pasadena and then transferred to Al Roberts Plymouth in Garden Grove where it was bought by an employee who raced it throughout the 1960s, racking up win after win. The car was originally tuned at Hayden Profitt's race shop. It ran under Wild, Wild, Wedge and a few others and later Mr. Wedge. Then it was sold and with the help of Max Wedge guru mechanic/tuner Bob Hickman won its class at the Winternationals in the early 1970s. Then it was later sponsored by many including Rocket Wheels racing at Lions, Irwindale, Salinas, Santa Maria, Sacramento, Vernalis, & Fremont NHRA, Stock Eliminator with best of 11.41 @ 121 mph on 7" tires. It won it's class at the Hot Rod Magazine Championships in 1967 and 1968, and was fastest in class at HRM in 1969. The Savoy beat World Champion Mike Schmidt in a factory backed Ford Galaxie 427 lightweight AA/SA at least five times. Around 1965, this car beat a 63 Plymouth lightweight and the owner decided to sell the front end, which has been on this car ever since. Complete ownership is documented back to the assembly line and verified by Darrell Davis and Galen Govier. It was in the Patrick McGroeder Collection in Phoenix, AZ and special invitation display car at Barrett Jackson and many publications. It's a gorgeous rotisserie restoration by Darin's Automotive-Precision Mopar Restoration in MN. Complete restoration and racing photos in a leather album along with folder with copy of titles back to 1973, service history, and factory build card. A piece of history. 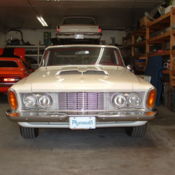 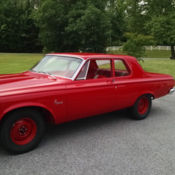 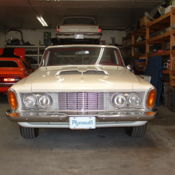 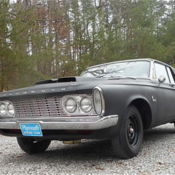 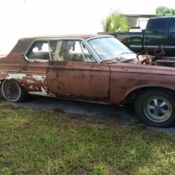 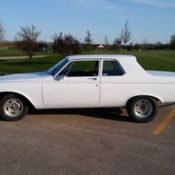 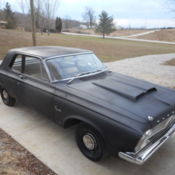 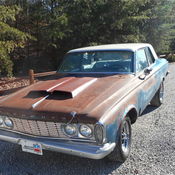 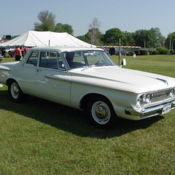 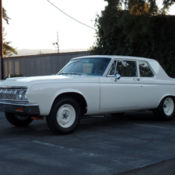