Selling a beautiful classic car from nearly 68 years ago. Had been very well maintained its whole life. The PLYMOUTH Special Deluxe model Convertible. No accidents. Minimal rust throughout the car. Frame is solid. Engine is matching numbers original. Has the 3 speed overdrive transmission. Has its original seat frames and even its original convertible top frame. Below is a write up about the new Plymouth Convertibles.
"Plymouth's new models for 1946 were once again offered in two series, the P15S Deluxe and P15C Special Deluxe.[5] Deluxe body styles included a four-door sedan, two-door sedan, club coupe, and business coupe. Special Deluxes added a convertible coupe and wood-body station wagon to the line-up. Waiting lists were common at dealerships. Those wanting a new car placed their name, and often a cash deposit, with the dealer. Customers hoped that as new cars became available, they would move up the list until it was their turn to take delivery. Car buyers with their name on every dealer's list in town were not uncommon; reports of money paid under the table were common, as were scalpers who would put their new car on the market at a price considerably higher than they had paid for it."[5]
ValuesSpecial Notes Values Values Print Original MSRP
Manufacturer Suggested Retail Price">Original
MSRP Low
Retail Average Retail Value
This vehicle would be in good condition overall. It could be an older restoration or a well-maintained original vehicle. Completely operable. The exterior paint, trim and mechanics are presentable and serviceable inside and out. A “20-footer”.">Average
Retail High
Retail
Call with questions/offers. 229-29two-one999
Mileage is about 66,000 but car hasn't run in several years. Comes with a 2nd (almost complete engine + transmission) from a separate 1949 Plymouth Deluxe and many more body parts . In case you need to harvest any small pieces, or use in another classic Chrysler, Plymouth, Dodge car you're restoring. The extra engine is worth quite a bit as these engines are they are very hard to find. Below is a description of the demand for one of the nicest post-war vehicles made by Chrysler
Comes with extra set of 1949 Plymouth Deluxe rear quarters, fenders, hood, trunklid ENGINE and transmission.. included to winning bidder with the car. Car rolls and steers fine. Body has several dings and dents through the years but most of the extra pieces can be used to help replace or restore. Underside is rock solid. Only one area in the trunk needs work, one on the bumper guard and some filler on the doors. Email for pictures or call for questions 229-292-one99 nine.
Sold as-is, how-is with right to inspect. No warranties expressed or implied. We CAN HELP EXPORT We as well as help with shipping domestically to anywhere in the lower 48 or to overseas. We have contacts with shipping companies throughout the lower 48 and also some contacts with exporters so you will get the lowest price possible. No dispatcher fee. Good Luck bidding. Its available locally so we reserve the right to remove at any time. 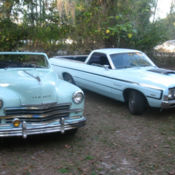 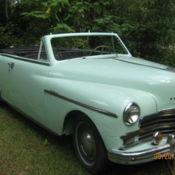 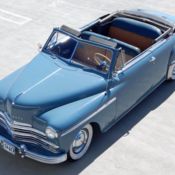 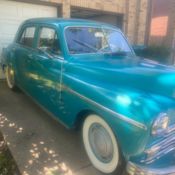 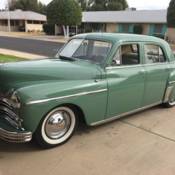 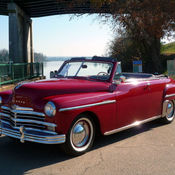 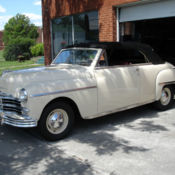 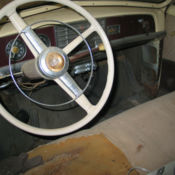 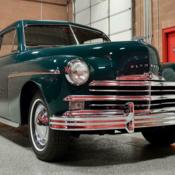 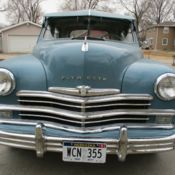