1961 Plymouth Belvedere, 79K original miles, 318 ci engine, pushbutton automatic. Engine starts right up in 2 seconds and sounds smooth.Shifts and drives fine.Has good Ohio title. Last driven regularly in about 1999 then bought by two collectors in Colorado who kept it until last year.Original paint-see factory paint inspection marks in the engine bay. No significant rust.Manual steering and brakes.Lights, brake lights, turn signals, horn, wipers, heater fan, parking brake, speedometer, odometer, manual window cranks etc. all work just fine.Has 4th hubcap in the trunk along with spare radial tire.All I did since I got the car are get a replacement spare tire and put on a new brake light switch (on master cylinder) and a new starter relay which was not needed.Has receipts which show about $600 of brake work was done in May 1998 in Colorado about when the car was last driven regularly.

The only things I know wrong with it are:

The little aluminum door in top center of the grille where push you hand in to open the hood is broken off and missing.I had another 1961 Plymouth 15 years ago and I know that the missing part is just supposed to be a flat piece of polished aluminum which could be easily recreated and riveted to the working spring loaded hinge.

The trim is complete, but you can see some dented trim in some of the pictures.Very little surface rust on this car—it is a SOLID Colorado car, which is important because it is a unibody car with no full frame.

Radiator hoses are old should be replaced although it is NOT leaking antifreeze at all right now.

Seats and headliner have tears in them which can be seen in the pictures. Also the fabric at the top of the rear seat is all split open.

Neutral safely switch does not work (when I got it, the car would not start from key at all), so I jumpered a wire across that terminal on the starter relay switch so it will start fine with the key, but now it WILL start when the transmission is in any gear, which is a safety hazard.I bought a new starter relay, but that was not the problem, instead, the neutral safety switch is stuck must be bad or not connected. My other 1961 Plymouth was the same way, and I just (usually) remembered to not start the car when the car was in drive or reverse.Keep in mind, these cars do NOT have a PARK gear by design.You just have to leave it in neutral and use the parking brake (which does work).

Horn sometimes has trouble working—seems to be a problem in the horn switch in the steering wheel because how you press the horn does make a difference.

Brakes were worked on when last driven in 1998 (see receipts) but master cylinder was dry when I got it.All I did was add brake fluid, but I think you should rebuild the master cylinder. It does stop fine and does not pull to either side.

Driver’s door key seems to lock, but not unlock the door, but you can unlock it by pulling on the door handle from the inside.Passenger side key seem to both lock and unlock that door.I have one set of original aluminum keys and had two sets of copies made.

Should get a new battery—I have no idea how old the battery in it is.Needs a battery clamp or just use a bungee cord.

I had only driven it twice before July 3. On July 4, I had it in a parade and it ran fine for about 2 hours and then after about 90 minutes of low speed driving in the long parade, it seemed to vapor lock, but the fuel pump and filter seemed fine.Drove it on three 20 minute trips since then and it seems to run just fine.In this hot weather, if it sits for a few days, it likes a shot of starting fluid, and then it starts right up in less than a second.I have not driven it over 50 mph because the tires are so old and cracked.I do know from driving my other 1961 Plymouth 15 years ago (which was a Savoy with a 225 slant 6) that it drove fine on the freeway, but original bias-ply tires make the car follow every rut in the road and new radial tires will make it handle so much better, but will make it harder to parallel park with no power steering.

What comes with it

Several receipts and wiring diagram, Bumper jack and spare in the trunk and fourth hubcap.The wheel on the spare will accept that hubcap, but one of the wheels on the rear of the car is different and should be used as a spare because it will not accept that 4th hubcap.I also have a box of seatbelts in the trunk that I never installed.Also have 3 sets of keys—one original set and two copies.

Also has an old coil, water pump, one tail light, ignition relay and brake light switch in the trunk.And the original bumper jack instruction sheet is still on the inside of the truck lid.

What does NOT come with it

Good wiper blades—I need to find who has old style 16 inch wiper blades only. Actually, I found place online that sells wiper blades--I'm going to order some and see if they fit. And I found a place that looks to have that neutral safety switch that goes on the transmission so I will order that as well though I may not get around to installing it this week.

Call or text Jim at 614-915-7210 and you HAVE to leave a phone number TWICE if you leave a voice mail.You can also email me at jimbihari@yahoo.com Please do not call me up and keep telling me the car is not a 2-door. I know that. If you like less doors, you are welcome to weld all the doors shut and make it a zero door car and then it would be worth a whole lot more to you! 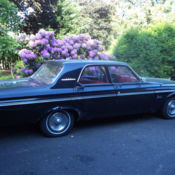 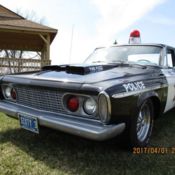 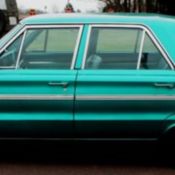 1966 PLYMOUTH BELVEDERE II SEDAN IN ALL AROUND GREAT ORIGINAL CONDITION 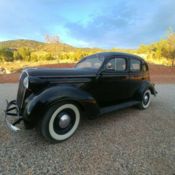 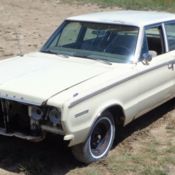 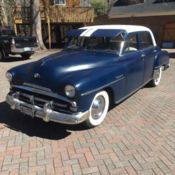 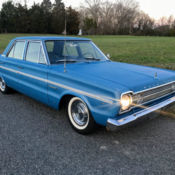 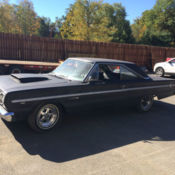 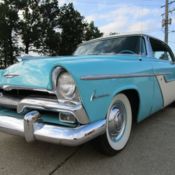 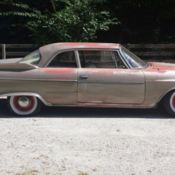