I am selling my 1974 Plymouth Valiant 4 door sedan. The car is very clean and shows no wear in the interior. It has had one repaint several years ago and has a new radiator, new brakes, including calipers, shoes and pads in the front, with new drums in the back. The car currently has 4 good radial tires on it, with a new radial spare tire on a NOS rim. The original spare is in the trunk. The car had one repaint 4 years ago and shows well. I have the original window sticker, build sheet and owners manual. 4 wheels and original carb goes with the car. This car has the original interlock system required for cars sold in 1974. The interlock went bad and was jumped. It has the original AM radio that works well. A water pump was installed years ago. I have had the car serviced each fall, and a NYS inspection done at the same time. It passes inspection and was inspected last September. At some point the car will need new window felts and window seals for the windows and windshield and a new gas sending unit. All gauges work, wipers, lights and radio all work. While I have owned it, the car has only been in the rain once and never in the snow or salt. I am the third owner and only have the papers from the time I bought the car from the previous owner, but that does include a copy of the last title. The car has been stored inside during the winter and not driven until the salt is off the roads. The car is being sold, as is and the new owner must either pick the car up, or make arrangements for shipping. The car can be driven home if you want to, but remember the car is 42 years old. No offers outside the USA will be considered, and the car will not be released until paid in full. This means, cash only with a cashiers check for a deposit of $1000 within 48 hours after the auction ends. If you don't pick the car up within one week, the deposit is forfeited and the car will be relisted, unless you make arrangements with me. Once the car's title has been transferred, I am no longer liable for anything to do with the car. The is advertised locally and I reserve the right to end the auction early, or stop the sale of the car. 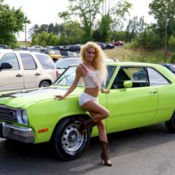 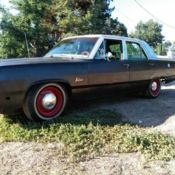 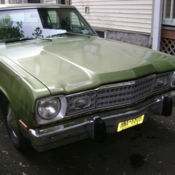 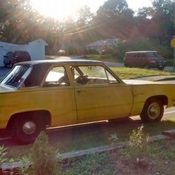 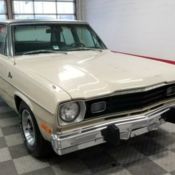 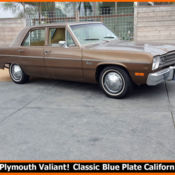 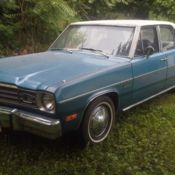 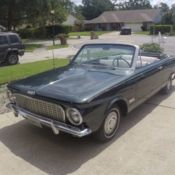 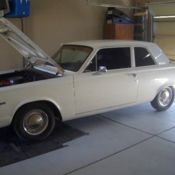