Coveted for its sumptuous ride, great handling and comfortable seating, MotoExotica Classic Cars is proud to present this 1980 Peugeot 505STI sedan. This example, made in Sochaux, France, was put into service on March 11, 1980.This low mileage STI hales from the prestigious Blackhawk collection with only 8000 original KM or less than 5000 miles. It is a pristine original example that is seldom seen in this condition.

Finished in black, this car's paint and trim are in overall very good order, with only minor blemishes visible at close range. The car's windows are in great condition and the rear window features an electric defroster. The lights are in similar shape, intact and haze-free.

The Peugeot's bodywork is solid and straight, the trunk is in very good condition and has a full-size spare tire, the battery looks fresh, the engine bay is tidy and the bumpers fit well to the body.

Under the hood is 2.0L SOHC inline four-cylinder engine with Bosch K-Jetronic multipoint mechanical fuel injection. Constructed from aluminum alloy with a chain-driven overhead camshaft, the engine shares gearbox oil for lubrication. For this reason, it is often nicknamed the "suitcase engine" owing to the way in which the engine has to be opened to service the transmission. The engine is backed by a ZF three-speed automatic transmission. Driver convenience features include power steering, power four-wheel disc brakes and power front windows.

Inside, the car's saddle interior is in overall excellent condition. The sunroof and horn are inoperable but the front bucket and rear bench seats look fantastic and are still comfortable after more than 35 years. The matching headliner still looks new. The brown-over-tan instrument panel is still in one piece and features Veglia gauges. The two-spoke steering wheel still looks new, the mirror glass, center console and shifter all still look great. The inner door panels show a few minor blemishes but are in otherwise very good order. The clock still works and a Blaupunkt AM/FM stereo with a cassette deck completes the interior.

Officially unveiled on 16 May 1979, the 505 was the replacement for the 504, with which it shared many of its underpinnings. It was originally available as a sedan/saloon, a station wagon/estate, including an eight-passenger Familiale version, were introduced at the 1982 Geneva Motor Show.

The styling, collaboration between Pininfarina and Peugeot's internal styling department, is very similar to that of its smaller brother the 305. Paul Bracq, generally better known for his work for Mercedes-Benz and BMW, designed the original interior.

Contemporary journalists praised the 505 for its ride and handling, especially on rough and unmade roads and noted the 505 had good ground clearance.

The 505 was one of the last Peugeot models to be sold in the United States, with sedan sales ending there in 1990 and wagon sales in 1991. The last sedans sold had PRV's 2.8L V-6 engine only. Unique to the US were turbocharged station wagons, both with petrol and diesel engines. In New York City, Peugeot 505s were used as taxicabs.

The car was summed up as follows by motoring writer Archie Vicar: "The 505 is a saloon with quite a pleasant appearance, quite efficient engines, quite comfortable seating, quite nice steering and a quite reasonable price. And it is quite well constructed. So, you might say it was merely average. But can it really be that simple? Have Peugeot in fact, played a very clever game where, instead of dazzling us with technology or breathtaking styling, they have decided to woo us with understatement of the profoundest kind?â€

The 505 had rear-wheel drive and the engine at the front, mounted longitudinally. The suspension system included MacPherson struts and coil springs at front and semi-trailing arms with coil springs at rear, with a body-mounted rear differential and four constant-velocity joints. Station wagons (and most sedans built in Argentina) had instead a live-axle rear suspension, with Panhard rod and coil springs. Stabilizer bars were universal at front but model-dependent at rear. The car used disc brakes at the front, and either disc or drum brakes at the rear, depending on the model. The steering was a rack-and-pinion system, which was power assisted on most models.

This car is currently located at our facility in St. Louis, Missouri. Current mileage on the odometer shows 8,005 kilometers or 4,975 miles which is understood to be actua, as stated by previous Blackhawk Collection statement. It is sold as is, where is, on a clean and clear, mileage exempt title. GET OUT AND DRIVE!!! 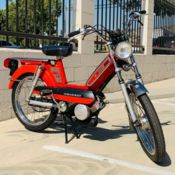 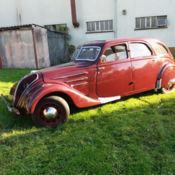 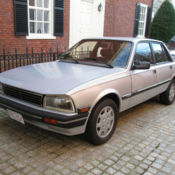 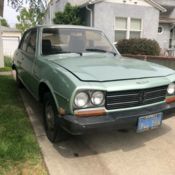 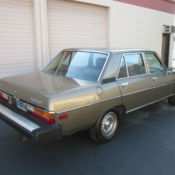 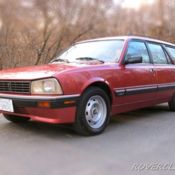 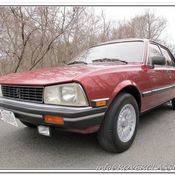 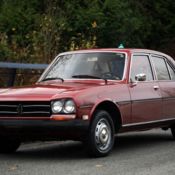 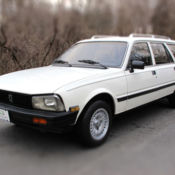 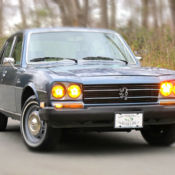