View our eBay StoreSign up for our Newsletter
1937 Packard 12 Club Sedan Offered as a buy-it-now. Make us an offer!

This exceptional example was owned for most of its life by CCCA Charter Member Bob Turnquist, who also wrote the definitive book on the Marque-The Packard Story. This was his favorite CARavan car. This car has probably completed more CCCA CARavans than just about any other car. Mr Turnquist purchased this car in the mid 50's, which says something about the importance of this model: Someone who could buy any car he wanted in those halcyon early days of the Hobby chose a '37 12 Club Sedan. The car remained with Mr. Turnquist the rest of his life and was purchased out of his estate by our client. While an older restoration, the car runs and drives perfectly and is just the thing for your touring and showing pleasure. The paint is in very nice condition as is the interior and brightwork. The car starts right up, runs strong with excellent oil pressure, and shifts and stops well.
Here we have a great opportunity to get a tour and show ready Club Sedan with unmatched provenance.
The Club Sedan is one of the most desirable bodies styles of the Classic Era, with seating for only 4. It's the most sporting closed car design, and will always remain among the most collectible cars from the Classic Era.

We have many more photographs of this car, please click on any image to be taken to our full-size image list!
Packard was founded by brothers James Ward Packar, William Doud Packard and his partner George Lewis Weiss in the city of Warren, OH. James Ward believed that they could build a better horseless carriage that the Winton cars owned by Weiss (An important Winton stockholder) and James Ward, himself a mechanical engineer, had some ideas how to improve on the designs of current automobiles. By 1899, they were building vehicles. The company, which they called the Ohio Automobile Company, quickly introduced a number of innovations in its designs, including the modern steering wheel and years later the first production 12-cylinder engine. While Ford was producing cars that sold for $440, the Packards concentrated on more upscale cars that started at $2,600. Packard automobiles developed a following not only in the United States, but also abroad, with many heads of state owning them. In need of more capital, the Packard brothers would find it when Henry Joy, a member of one of Detroit's oldest and wealthiest families, bought a Packard. Impressed by its reliability, he visited the Packards and soon enlisted a group of investors that included his brother-in-law, Truman Newberry. In 1902, Ohio Automobile Company became Packard Motor Car Company, with James as president. Packard moved its automobile operation to Detroit soon after and Joy became general manager and later chairman of the board.
The Packard'factory on East Grand Boulevard in Detroit was designed by Albert Kahn, and included the first use of reinforced concrete for industrial construction in Detroit. When opened in 1903, it was considered the most modern automobile manufacturing facility in the world and its skilled craftsmen practiced over eighty trades.The 3.5 million ft2 plant covered over 35 acres and straddled East Grand Boulevard. It was later subdivided by eighty-seven different companies. Kahn also designed The Packard Proving Grounds at Utica, MI. Throughout the nineteen-tens and twenties, Packard built vehicles consistently were among the elite in luxury automobiles. The company was commonly referred to as being one of the "Three P's" of American motordom royalty, along with Pierce and Peerless. Packard's leadership of the luxury car field was supreme. Entering into the 1930s Packard attempted to beat the stock market crash and subsequent depression by manufacturing ever more opulent and expensive cars than it had prior to October 1929.
Packard did not change cars as often as other manufacturers did at the time. Rather than introducing new models annually, Packard began using its own "Series" formula for differentiating its model change-overs in 1923. New model series did not debut on a strictly annual basis, with some series lasting nearly two years, and others lasting as short a time as seven months. In the long run, though, Packard did average approximately one new series per year. By 1930, Packard automobiles were considered part of the "Seventh Series". By 1942, Packard was in its "Twentieth Series". There never was a "Thirteenth Series".
The '37 Packard is a legendary car, one of the most desirable of all years of Packard production with all the advancements of the time- independant front suspension and hydraulic brakes while still retaining the classic look of the earlier cars. Our Ebay Policies:
Significant Cars is one of the largest Collector Car Brokers and Dealers in the Country. Since 2003 we have worked hard to "change the way collector cars find new homes" by providing unparralleled web presentation of the cars we are representing. Most of our cars have over 30 photographs, and these can be viewed by visiting our website (our eBay handle dot com), or by clicking on any of the photographs in the black background area of our EBay listings. We welcome your call with any questions about any of our listings at anytime at 800-837-9902 and certainly encourage your personal inspection of any of the cars we are selling-just call us and we will be happy to set up an appointment for your to see and test drive the car.
We realize that eBay is a difficult venue to properly evaluate an item as complex as an automobile. You can feel secure bidding with confidence on any of our cars since we guarantee your satisfaction! Should you win the auction and come to see the car and decide you do not want it for any reason, no negative feedback will result, any deposit you may have paid will be cheerfully refunded.
Description images and copy © Significant Cars, Inc. 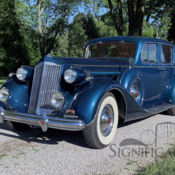 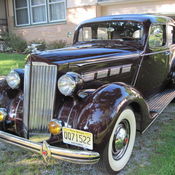 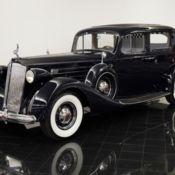 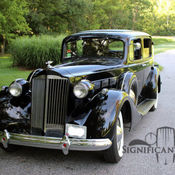 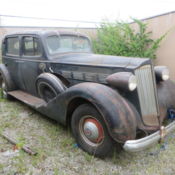 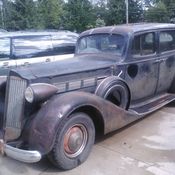 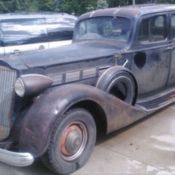 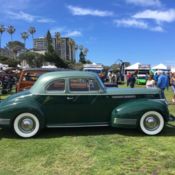 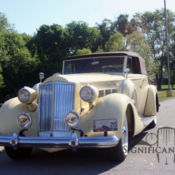 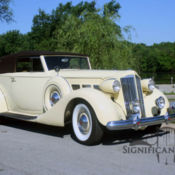