The beautiful dark green metallic paint is in superb condition with no major imperfections to be found, even the most discerning buyer will delight in the exterior presentation of this amazing American made classic.
Inside you will find impeccable and beautifully presented seating surfaces in elegant tan with coffee piping, matching door panels and padded dash board complete the beautiful and luxurious interior. Also featured on the inside are correct gauges including boost pressure gauge, handsome signature brushed metal instrument panel, correct steering wheel, and seat belts.
The 1958 Packard Hawk was the sportiest of the four Packard-badged Studebakers produced in the final year of Packard production.
Instead of the Studebaker Hawk's upright Mercedes-style grille, the Packard Hawk had a wide, low opening just above the front bumper and covering the whole width of the car. Accommodated the engine's McCullochs supercharger that gave the Studebaker 289 in V8 engine a total of 275 bhp. At the rear, the sides of the fins were coated in metallized PET film, giving them a shiny metallic gold appearance. As on early aircraft and custom boats, padded armrests were mounted outside the windows, a rare touch.
Only 588 of these unique cars were sold, with Packard's impending demise a likely contributing factor.
Most were equipped with the Borg-Warner three-speed automatic transmissions. Studebaker-Packard was the first manufacturer to popularize the limited-slip differential, which they termed "Twin-Tractionâ€.
It was certainly the fastest Packard ever sold, since it shared the majority of its components with Studebaker's Golden Hawk.
This beautiful example had recently installed new shocks, front springs, tachometer, vacuum gauge, exhaust system, trunk lining, CD stereo. Rebuilt carburetor, wheel cylinders, power brake system with new lines and shoes. The tires have been upgraded to Coker wide white radials . 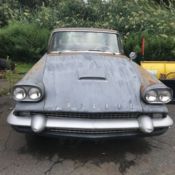 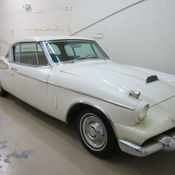 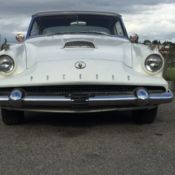 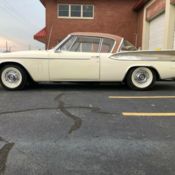 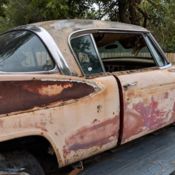 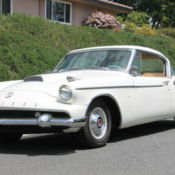 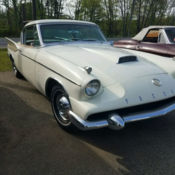 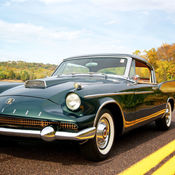 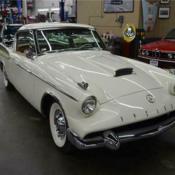 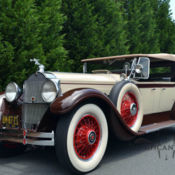