1966 Batmobile Replicaâ€¢ Owned by Jerry â€œThe Kingâ€ Lawlerâ€¢ Was placed in the Jerry Lawler Museum at Resorts Casino in Tunicaâ€¢ Batrodz body #18 and built on early Corvette C4 chassisâ€¢ Buick 350 CID V-8 engineâ€¢ Three-speed automatic transmissionâ€¢ Power steering and power brakesâ€¢ Black exterior and red trim with a black interior and red trimâ€¢ Black and red bucket seatsâ€¢ Polished rolltop dashâ€¢ Signed by Adam West, Burt Ward, Jerry Lawler, Anthony Michael Hall, Jeremy Bulloch and even Dustin Diamond (Screech from saved by the bell)How much do you want your own Batmobile? Do you want to cruise around on the Batphone, pretending to talk to Commissioner Gordon or Alfred? MotoeXotica Classic Cars is pleased to offer this 1966 Batmobile Replica that was personally owned by professional wrestler Jerry â€œThe Kingâ€ Lawler! This Batmobile was also signed by Adam West, Burt Ward, Jerry Lawler, Anthony Michael Hall, Jeremy Bulloch and even Dustin Diamond (Screech from saved by the bell).Jerry â€œThe Kingâ€ Lawler had this to say about this Batmobile when he had it built by Matt Dollar for his Museum at Resorts Casino in Tunica.And in a crazy, roundabout way, yes, there is a connection between the two.â€˜â€˜It sort of all comes full circle,â€ Lawler explains. â€œIâ€™ve always been a huge fan of Batman and Superman; I even sought out a girlfriend who had a color TV so I could watch Batman in color in the â€˜60s.â€˜â€˜With my interest in art as a kid, I can remember drawing Superman and Batman, and my long-range plan was to work for DC Comics. But then I got sidetracked doing some drawings of wrestlers, and that led to my career in wrestling. In that role, I was at a fan expo signing autographs and met Matt Dollar, a guy from Johnson City, Tenn., who has built several replicas of the Batmobile. He makes the capes, cowls and other things that Adam West (TVâ€™s Batman) still uses at appearances. So because of the wrestling, I met Matt and now have the Batmobile.â€Lawler prefers not to say how much he paid for his newest ride, only that it was â€œconsiderably lessâ€ than the $4.6 million that the original sold for to a private buyer at auction in January.What he will say is that the full-size replica is drivable, so thatâ€™s what Lawler plans to do Saturday -- drive it to Tunica for the opening of his museum.The museum, filled with memorabilia from Lawlerâ€™s 43 years of professional wrestling, is in an open area on the second floor of the casino and will be free to visitors.With the usual shiny black paint and red trim, the carâ€™s body is in very good order, as are the dual canopies for driver and passenger. This is Batrodz body #18 and is built on a early Corvette C4 frame with Corvette suspension.A Buick 350 CID V-8 engine from a 1971 Skylark provides the motive power, channeling it through a three-speed automatic transmission. The car had power steering and brakes to make chasing the bad guys easier.The Batmobile rolls on BFG size P245/60/R16 front and P295/50/R15 in the rear. Each tire is mounted on alloy torque-thrust wheels with red bat logos as center caps. The tires and wheels are all in very good order.Inside, the black bucket seats sport red trim and look great. The red carpet looks fine. A red bat logo serves as the tiller while the instrument panel is a polished rolltop with buttons and lights. A T-shaped shifter and bat phone graces the center console.It looks like nothing else on the road yet is instantly recognizable by young and old people alike. If you donâ€™t mind the questions being in non-stop photos and videos whenever you take it for a spin, stop by MotoeXotica Classic Cars to check out this Batmobile replica for yourself.VIN: BGR676J100018The donor vehicle for this project is a Chevrolet Corvette C4 with a Batrodz fiberglass body; it is registered and licensed as a 1966 .This car is currently located at our facility in St. Louis, Missouri. It is sold as is, where is, on a clean and clear, mileage exempt title. GET OUT AND DRIVE!!!â€¨Note: Please see full terms and conditions listed below that pertain to the purchase of any said vehicle, thank you. 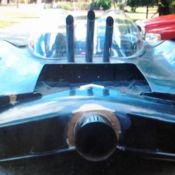 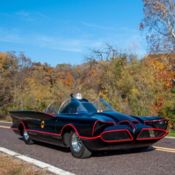 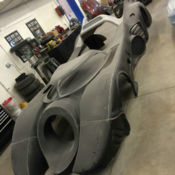 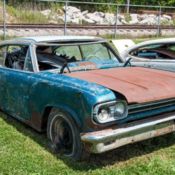 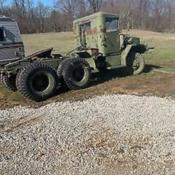 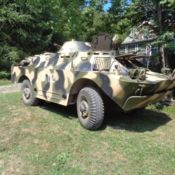 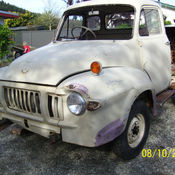 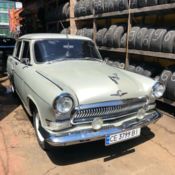 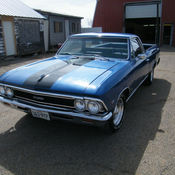 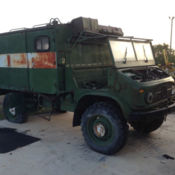