We have a 72-year-old East Bay Native who has been locked up for the last 65 years.

A true California barn find from a giant vault parked in climate-controlled storage since 1955.

This 1948 Crossly Pickup has a history that would be difficult to duplicate.

When this car was 3 years old the vehicle was purchased by Virgil T Flick 1245 Utica St Hayward from Skyline Motors at 8239 East 14th St on Oaklandâ€™s east side, the lien holder is the present family. This vehicle was bought back from Virgil by Skyline Motors 65 years ago and sealed away in dry storage.

The original paint is in good condition especially for being 72 years old. The body is very sold with no sign of any rust that I can see please look carefully of the high-resolution photos that take time to load.

The car has the same tires it had when Dwight D Eisenhower was president and seem to hold air, it also has the original Crossly hub caps

Other than paint flaws a very solid original California survivor that is complete and its cute as hell. For the right person this is an opportunity with tons of potential.

The little SOHC 4 cylinder has not run in 65 years, clearly the car will need some refurbishing but solid California survivor cars that have been parked in good storage for 65 years are difficult to come by.

SELLING NO RESERVE WILL SELL TO THE LAST BIDDER

By 1939, industrialist Powel Crosley, Jr. had already made a fortune as a radio and appliance manufacturer. He also had a passion for cars, and believed that America was ready for a small economy car. With the assistance of his younger brother Lewis, he incorporated Crossly Motors and began assembling his tiny, no-frills cars in Richmond, Indiana.

Part of Crosleyâ€™s plan was to sell his microcars in department stores that also sold his radios and refrigerators. The design made the car narrow enough (48â€ width) to be moved through a standard commercial store door, and small enough to be worked on in back rooms, Indeed, most of the sales came Crosley appliance stores.

The first of the Crosly cars was a two-door convertible, riding on an 80-inch wheelbase and weighting less than 1,000 pounds. The chassis had half-elleptic springs with a beam axle in front and quarter-ellitic springs in the rear. Under the hood, along with the battery and four-gallon gas tank sat a tiny two-cylinder engine

Exterior differences from the pre-WW2 models included headlights recessed into the front fenders. Although produced in mid-1946 they were referred to as 1947 models

Production of the CC model ran through 1948.

This listing includes well over 100 detailed photos in various lighting and the vehicle has been described as descriptive as possible. If there is anything that is unclear or additional information is needed please don't hesitate to ask. Please ask any questions before bidding.Please only bid with the intention to own. Bidding then canceling for "entering the wrong amount" will get you blocked from further bidding. Thanks and Good Luck**ONLY BID WITH INTENTIONS TO PAY FOR AND OWN THIS CAR** 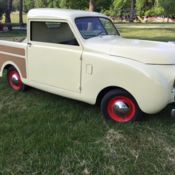 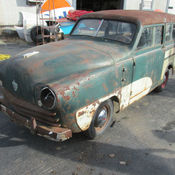 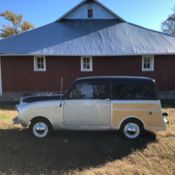 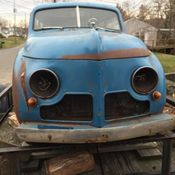 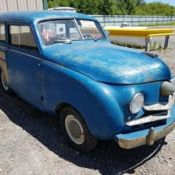 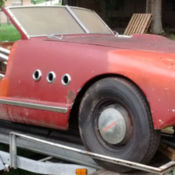 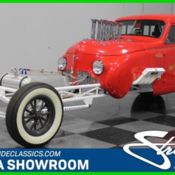 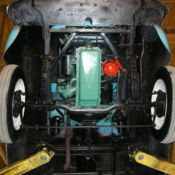 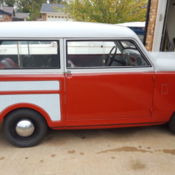 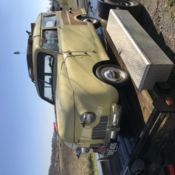