The 1947 Kaiser Special dates from a time of shining possibilities for its manufacturer. Ambitious, fast-moving California industrialist Henry Kaiser had teamed up with savvy Detroit veteran Joseph Frazer to do the seemingly impossible - crack the U.S. auto industry "club" epitomized by the Big Three of General Motors, Ford, and Chrysler. If it couldn't beat 'em, Kaiser-Frazer Corporation would have been quite content to join 'em.

The gleaming freshness of the 1947 Kaiser Special pictured here is a metaphor in metal for K-Fs prospects in its early days. One of 65,062 built for the model year (plus another 5,412 later-arriving Customs), it is original in all but paint, which has been resprayed to match its factory hue. A consigner stated 50,872 actual mile car.

Exterior
Retaining all of its original simplistic charm, this special has been resprayed in Buckeye Maroon. Nice chrome adorns the front in the form of a symmetrical grille which floats above a body matching curved chrome bumper. A large K badge with a buffalo on the bottom which was used because Kaiser had intended to produce a front wheel drive car, and the buffalo has all if its strength on the front of its body. As we go rearward, the panels are mostly straight with a few faults throughout, but nothing out of ordinary. Some dimpling on the door handle chrome, and mirrors as well as rusting screws can be seen. A nicely curved back of this car is made up of a massive C pillar, rounded and curved rear glass, and a curved trunk which ends in another curved bumper which is in good condition. Some scratches and unevenness can be seen on the rockers of this car.

Interior
Upfront a nicely restored resprayed dash in Taupe coloring is peppered with a narrow styled instrument panel, a large central chromed "speaker" (although there is no radio), and a lineup directly underneath of bakelite knobs which include an air conditioning unit mounted under the passenger side of the dash. An original steering wheel with its K and buffalo logo sits in front of the dash and has nicely chromed shift lever and signal actuator attached. The original front bench which has some recovering in a red and black plaid is covered with a blanket. The rear bench is in good condition and has been recovered to match the original cloth in simple tan. Door panels are covered in fabric and sport the push button door openers in lieu of a lever. Nice tan carpeting mostly unscathed except for a few spots in the driver's side, floods the floors in front and rear. A note about the doors...the bottoms show invasive rust. The trunk remains unrestored.

Drivetrain
Under hood is the 226ci Continental-built L-head six that powered Kaisers and Frazers. It made 100 horsepower in the 1947 Special. In the featured car, it is hooked to a Borg-Warner three-speed manual transmission.

Undercarriage
A strong frame with some surface rust, and body hangers is noted underneath. A 3.73 axle specification and 4-wheel drum brakes can be seen.

Overall a nice example with some faults, dings and dents, and areas of patina. With just a little TLC this car could be show worthy, however it drives smoothly, starts quickly, and has a bias in the braking tending towards the right. Overall a drive away from Classic Auto Mall which is basically turn the key and go, for as far as you want. 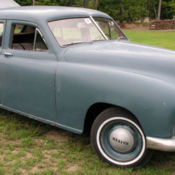 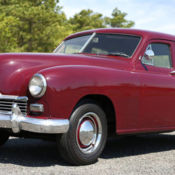 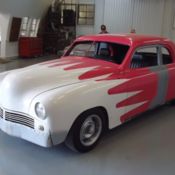 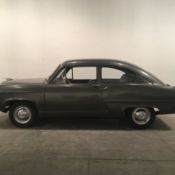 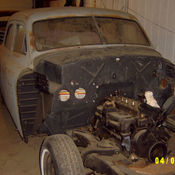 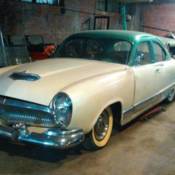 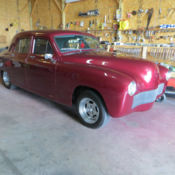 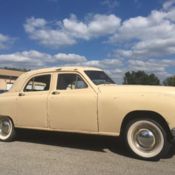 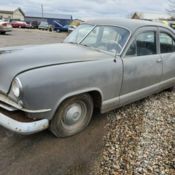 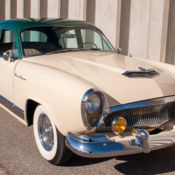