New to my collection is this outstanding 1936 Second Generation Auburn Speedster 2 Door Convertible (factory built in 1978 by theCalifornia Custom Coachin Pasadena, California) with period correct Art Deco egg shell white exterior paint with a natural hide patina leather interior. It features a strong 400 CI V-8 engine under the hood with an automatic transmission, and this gorgeous roadster is very nicely equipped for modern highway driving. It has power steering, power front disc brakes, cold A/C, a premium sound system and is a solid collector car investment at the current asking price of $64,999 OR BEST OFFER. INTERESTING TRADES, UP, DOWN OR SIDEWAYS ALWAYS CONSIDERED

The original Auburn Boat Tail Speedsters were produced from 1925 to 1936 in Auburn, Indiana and considered by most automotive enthusiasts as the Most Beautiful Carever built and the first true Big Bodied Speedster ever produced. This Second Generation Auburn 857 was built in 1978 by the Custom CValifornia Coach in Pasadena, California from the original casts and molds from the actual Auburn Automobile Company in Auburn, Indiana. The AUBURN CORD DUESENBERG Company was purchased in the mid 1960's by the forward thinking Glenn Pray and these second generation models were based on the desirable 1936 Auburn with outstanding reliable performance and sensational curb appeal and was professionally manufactured in the second generation Auburn Speedster factory in southern California to extremely high standards. This car is indistinguishable from an authentic Auburn Speedster!!

This 1978 model has superb excellent age related patina that screams "antique" and shows very, VERY minimal signs of wear and imperfection in the exterior paint and also throughout the interior as this magnificent Art Deco automotive masterpiece has been pampered, and meticulously maintained and stored indoors in a heated garagefor its entire life and it shows, and regularly serviced to keep it in superb aesthetic and very reliable operating condition. You can drive this car anywhere!!! The V-8 engine has head snapping acceleration and this very large sports car handles tight, fast and beautifully and is undoubtedly the FINEST conditioned 40 year old Second Generation Auburn Speedster offered ANYWHERE on the collector car market and a prudent investment at my BUY IT NOW price of $64,999.

Exceptional Performance and Build Quality Throughout

Overall, this Second Generation 851 Auburn Speedster is a tremendous automotive acquisition opportunity that is highly sought after by collectors and often selling for well over $70,000 and appreciating considerably every year. In fact, similar builds can be found online for almost double my current asking price, so don’t let this excellent opportunity pass you by as spring is quickly approaching and all quality collector cars are bought quite aggressively at tax refund time. While you may consider ordering a new second generation 851Auburn Speedster for $125,000 or pay close to a half a million for one of the 300 or so ultra rare original Auburn Speedsters originally built, you’ll have just as much fun in this high quality and iconic build and represents a veritable cash safe haven for this $55,000 rare car investment as the collector car market has far out-performed the stock market over the past 20 years. 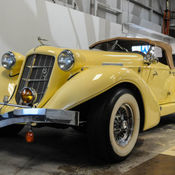 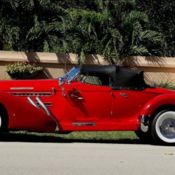 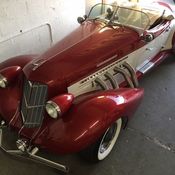 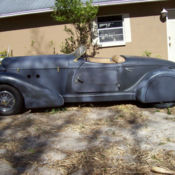 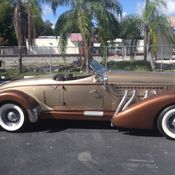 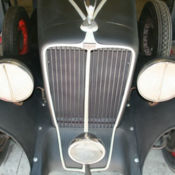 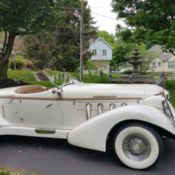 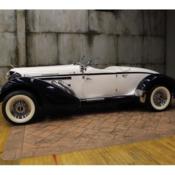 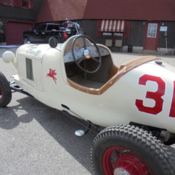 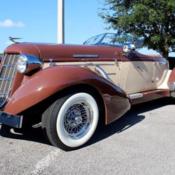