For sale is my Oldsmobile Cutlass Supeme Convertible with optional and very powerful V6 3.4 DOHC. I bought this car back in 2006 with 112k miles and it had broken timing belt and chain inside the engine was damaged with gears. I had the engine redone with new chain, ew gears and whole timing belt and gears brand new. After that fuel regulator was changed and transmission tuned up with new filter and fluid. Since then car only drove for about 7k miles until my kids were born and wife didn’t let me drive it with kids so car was stored in my garage since then and once in a while started up and drove around the block and doing little projects on it on spare time. Car has a lot of new parts in it but also needs little work on it especially convertible top. Alternator was changed couple years ago but since ten car was driven less than 1k miles on it so alternator hasn’t seen much use, ast year i changed brake rotors, rake pads and calipers on the back. This year i had brand new rotors, alipers and pads installed (less than 10 miles on them) they didn’t even rust yet. New tires were put on it also about 20 miles on them, rand new hydraulic pump for the convertible and one of the pistons were installed and other one i have sitting in the box still brand new. Brand new battery was installed in May or June. Car drives and starts without a problem but two years ago while it was in a garage it developed a power steering leak which i didn’t fix yet and also rear started making noise don’t know if its bearing making noise or just rust from sitting. Convertible top is one that needs work the most since the fabric is showing its age and slowly stitches are just letting go but there is no holes in it. One of the supports of the convertible top is cracked when friend of my tried to close the top manually before pump was replaced and broke on of the supports. I have a replacement part bought for this and rear little triangle window just needs somebody to have install it. I also have a lot of extra parts for this vehicle since this is my second Olds convertible and had 2 Coupes before so i needed a lot of parts for my cars. I have extra hood, runk, oldings, umpers, iddle console, ransmission cooler, lus i have a HUD (heads up display) from my old Cutlass Supreme International i was going to have it installed in this one but never had time. I will look for all the extra little parts i have for this car since i don’t have plans on owning another Cutlass Supreme so i want to include all of those with the car. Please feel free to ask questions or see the car if you might be interested. Reason i am selling is because i had this car for too long and lost interest in this particular car and bought a SAAB convertible and want to invest in my new toy then one i got little bored with.
Update. On 21st changed a new driver side door handle for brand new and improved design that doesn’t break as easely like they do on all the Cutlass Supreme coupes.Found original convertible top cover boot with storage bag for it. 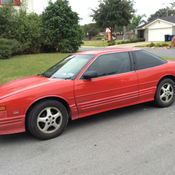 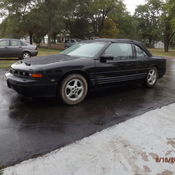 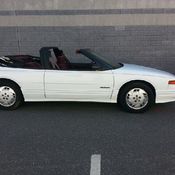 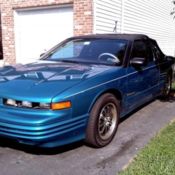 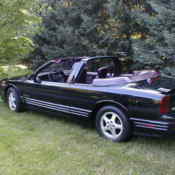 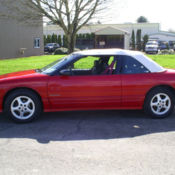 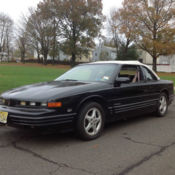 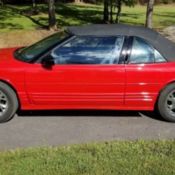 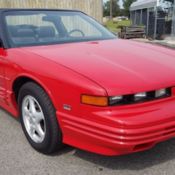 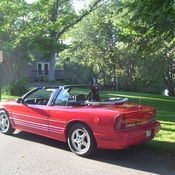